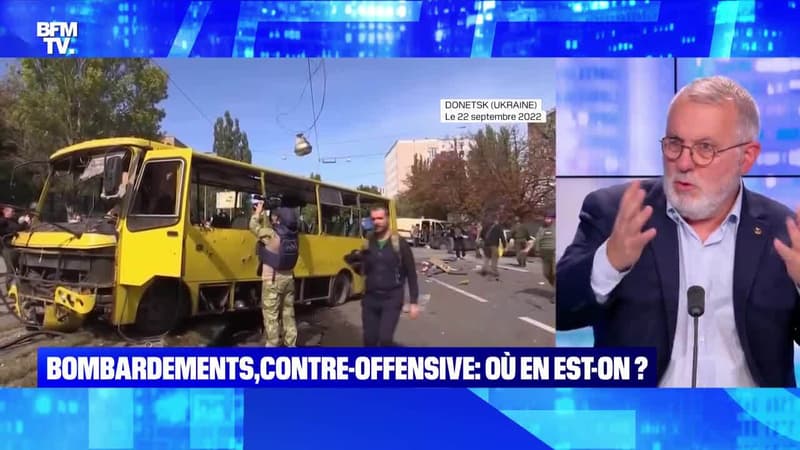 From this Friday, and for the next five days, until September 27, annexation “referendums” have been organized in regions of Ukraine controlled, wholly or in part, by Russia. Voting is underway in the four regions concerned (Donetsk, Luhansk, Kherson and Zaporijia). They mark an escalation in the conflict. Moscow even goes so far as to threaten nuclear strikes to defend “its” territory. An escalation in the conflict, strongly denounced by kyiv and by the international community. So Ukrainian President Volodymyr Zelensky asks the world to “condemn the Russian pseudo-referendums”. As for Joe Biden, the tenant of the White House promises a rapid and severe response in the event of annexation. We come back to it with: Colonel Michel Goya, Defense consultant for BFMTV. Gilles Mentré, essayist, former diplomat at the French Embassy in Moscow. Aline Le Bail-Kremer, spokesperson for the “Stand with Ukraine” collective. Jonathan Bouchet-Petersen, political columnist at Liberation. Émilie Zapalski, communicator, founder of the Émilie Conseil agency. Benoit Ballet, BMFTV-RMC special correspondent in Pokrovsk, Ukraine. François Miquet-Marty, president of Viavoice. And Antoine Heulard, BFMTV correspondent in Washington DC (United States).