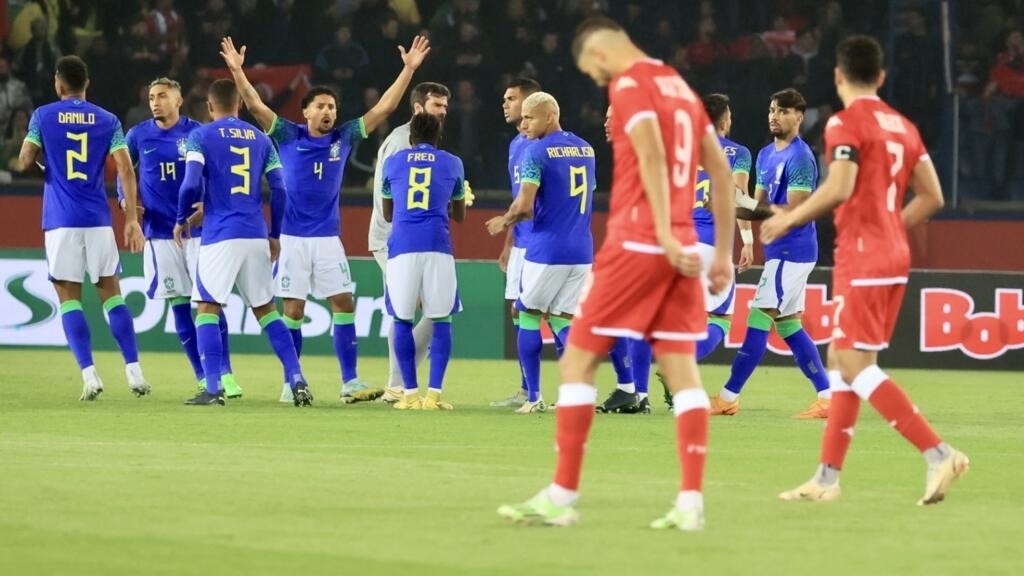 The Tunisian team lost 5-1 to Brazil on September 27 in Paris, after a preparation match for the 2022 World Cup. A tense meeting, also marked by the exclusion of Dylan Bronn and the throw of a banana after a goal from the Brazilian Richarlison.

From our special correspondent at the Parc des Princes,

The party promised to be beautiful for the Tunisians, this September 27 in Paris, with a Parc des Princes full of supporters of the Eagles of Carthage. The only problem was Brazil opposite for this preparation match for the 2022 World Cup. A team which had quietly dominated Ghana 3-0 four days earlier and which again raised the tone on Tuesday, at two months of its entry into the running in Group G of the World Cup (Cameroon, Serbia, Switzerland).

The Tunisian team certainly equalized on a free kick taken by midfielder Anis Ben Slimane and headed by defender Montassar Talbi (1-1, 17th). But she gradually lost her footing, overwhelmed by the incredible technical quality of the opponent. Exasperated, defender Dylan Bronn made too many mistakes on Neymar and was sent off (42nd). The spirits then heated between players. The climate has also deteriorated in the stands, with the use of lasers to hinder the Brazilians throwing a firecracker on the lawn and especially that of a banana on the goal of Richarlison. A gesture that South Americans preferred to ignore.

Cameroon, future adversary of Brazil, can be worried

In the second half, as against the Ghanaians, they slowed down. Quite the opposite of Tunisians who brought into play, attackers Taha Yassine Khenissi and Wahbi Khazri (63rd) then Naïm Sliti (80th). But, despite these adjustments, the Tunisian team did not manage to worry the five-time world champions. Worse: striker Pedro, who came into play, smashed him with an acrobatic recovery (5-1, 74th).

Didier Deschamps, the coach of the France team – one of the three future opponents of the Eagles in group D (with Australia and Denmark) – is perhaps partly reassured. On the other hand, Cameroon, future adversary of Brazil can be worried: this Seleçao is impressive…