A study published this week in the specialist journal The Lancet has shed light on the impact of bacteria-related infections on global health. In recent years, they have represented the second leading cause of death worldwide after coronary heart disease.

One in eight deaths worldwide was caused by a bacterial infection in 2019. In a study published Tuesday, November 22 in the journal The Lancet, scientists from the Global Burden of Disease, a world-class research program, have shed light on the impact of bacteria-related infections on global health. Each year, the latter were responsible for 13.6% of the total annual mortality in the world. This represented 7.7 million people in 2019.

Staphylococcus aureus in the lead

Staphylococcus aureus has been listed as the top deadliest bacteria across the world as it was the “leading bacterial cause of death in 135 countries,” according to the researchers.

This type of bacteria has outstripped pneumococcus, which is particularly deadly in children under 5 years old. The bacteria Escherichia coli (E.coli), Klebsellia pneumoniae and bacillus pyocyanin completed the ranking of the most dangerous bacterial infections from an international health perspective.

The scientists behind the study said bacterial infections are becoming an “urgent priority” for global public health. To curb this scourge, they put forward three priority avenues, namely strengthening the prevention of infections, the use of antibiotics and vaccination. 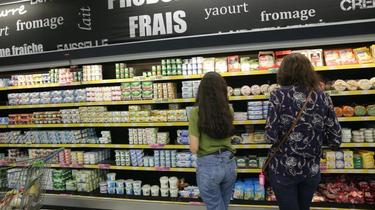 For this study, several thousand researchers studied in detail 33 common pathogens implicated in 11 infectious syndromes across 204 countries, according to the monthly Health Magazine. The finding was clear: bacterial infections have been the second leading cause of death worldwide in recent years, behind coronary heart disease such as heart attacks.