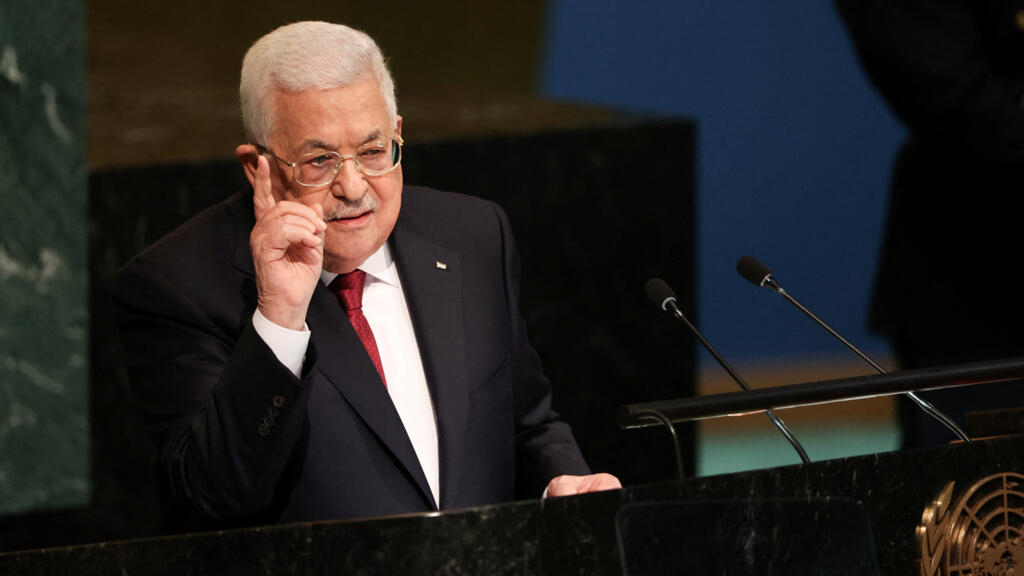 Thursday evening, Israeli Prime Minister Yair Lapid spoke of the two-state solution before the UN, the consensus advocated by the international community. The Palestinian president welcomes a “positive” gesture but Mahmoud Abbas calls on the Jewish state to show a “serious” commitment on this subject, while specifying that Israel was no longer “a partner for peace”.

After the Israeli speech at the UN podium in New York, where the 77th United Nations General Assembly, the Palestinians were able to express themselves in turn. To achieve a two-state solution, it is imperative to renew the dialogue and “ sit down immediately at the negotiating table said the Palestinian president before the UN General Assembly. It refers to the Israeli-Palestinian peace negotiations, which have been stalled since 2014, explains our correspondent in Jerusalem, Sami Boukhelifa.

At over 87, the raïs does not mince his words. He puts aside his official speech, to say the bottom of his thought. Exasperated by ” total impunity enjoyed by the Jewish state, gets angry Mahmoud Abbas.

” Occupation, colonization, bombing of civilians, more than 60 children killed in Gaza by Israeli bombs, in May 2021. Palestinian children arrested and imprisoned, the murder of journalist Shireen Abu Aklehkilled by an Israeli soldier “, the Palestinian president drew up a long list of” israeli crimes “, and castigated the inaction of the international community, reports our special envoy in New York, Christopher Paget.

On the subject of the murdered journalist, he called on the United States to ” prosecute those who killed this American national “. And to accuse Israel of targeting sacred sites, Muslims and Christians, especially in East Jerusalem. ” They are targeted daily by Israel, without any justification, every day. They attacked the funeral of Shireen Abu Akleh in the very church, in the very site. They attacked the procession. This is what Israel does in holy places “, he scolded.

The Israelis did not even deign to listen to him. In the UN General Assembly, they opted for the policy of the empty chair.

► To read also: “By shooting at us, they wanted to silence us”: the account of a colleague of Shireen Abu Akleh