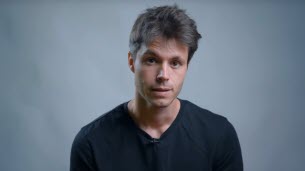 The Paris prosecutor’s office opened a rape investigation on Tuesday following a complaint against the youtuber, from the Loire, Léo Grasset, reveals Mediapart. The investigations were entrusted to the 3rd DPJ (judicial police district).

According to Mediapart, the complaint was filed last Thursday, November 24, by a 22-year-old journalism student, who denounced facts which would date back to the night of November 1 to 2, 2021. Léo Grasset “firmly disputes the accusations” and “will provide its answers to the competent judicial authorities”, commented Me Fares Aidel, who defends him with Me Camille Loyer.

Another investigation for sexual harassment in Lyon

The science popularizer from Loire, who is followed by 1.2 million subscribers on his YouTube channel “DirtyBiology”, is also the subject of a preliminary investigation by the Lyon prosecutor’s office. This investigation was opened following a complaint for sexual harassment, filed according to Mediapart at the end of June by Clothilde Chamussy, who hosts the YouTube channel “Passé sauvage” (127,000 subscribers).

The influencer responded to the accusations relayed by Mediapart at the end of June in a video shared on his channel in mid-November.

“I have a sometimes messy love life, and sometimes I also make big redneck jokes, but the article paints a dishonest portrait of me; he builds a toxic character with insinuations and truncated quotes ”, he declares there, denying in particular having raped a young woman in 2016.

This Tuesday, Mediapart also relays the testimonies of four women, who report “problems respecting their consent”, but also “grip”. They do not plan to file a complaint.