It is on July 5, 2024 that “Mufasa: The Lion King” will see the light of day in the cinema. A “live-action” prequel whose development began in 2020. Official announcements, indiscretions, predictions and rumors, that’s all we know about it.

The king of beasts will return. Despite a somewhat disappointing critical reception, the 2019 live-action remake of the 1994 cartoon “The Lion King” was a colossal success in cinemas. It is therefore not surprising to see disney restart the machine with “Mufasa: The Lion King”, which is presented as a prequel. And here is all the information we have about him at the moment.

What do we know about the plot?

At the moment, there is no official synopsis. Early reports say the film may alternate scenes from the past with the present, with mandrill Rafiki telling the story of Mufasa to Timon and Pumbaa. Or a young lion cub.

The other hypothesis would be that the film is the adaptation of the book “The Lion King: the cons of two brothers”, published the same year as the animated film (1994) and which focuses on the youth of Mufasa and Scar. We learn in particular that the latter was formerly called Taka, and that he was not always as vile as the lion he will become later.

Who will be in the cast?

For the French version, no certainty exists for the moment. The original version could see Aaron Pierre return to take over from James Earl Jones to dub the voice of Mufasa. Chiwetel Ejiofor dubbed the voice of Scar in the 2019 remake, but it looks like the role will go to Kelvin Harrison Jr. in the prequel.

John Kani who played Rafiki, or Billy Eichner and Seth Rogen who played the roles of Timon and Pumbaa, will they be back in this sequel? At this time, no details have been provided on the cast in its entirety. So patience is key.

It should be noted that for the soundtrack, Hans Zimmer has already planned to return to composition. He will be accompanied in this exercise by Pharrell Williams, with whom he had already worked on the remake. Nicholas Britell, known and awarded at the Emmy Awards for the series “Successionwould also be involved. Elton John, who won the Academy Award for Best Song for the 1994 cartoon and starred in the remake, is not expected to be involved in the prequel. 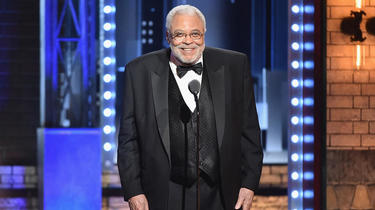 When will it be in the cinema?

The cinema release of “Mufasa: The Lion King” is currently scheduled for July 5, 2024 in the United States (and July 3 in France, editor’s note). Fans are now eagerly awaiting the first official trailer for the film.