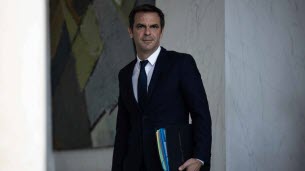 Oppositions and unions “will not change their minds” on pension reformwhatever the timetable finally chosen to have it adopted, government spokesman Olivier Véran said on Friday, specifying that the choice of method would be announced “in a few days”.

“Those who today tell you that they are opposed to working longer, factually, prefer that we raise taxes or that we increase the debt. It is not our choice. The question is are we able to convince them, in a month or in three months or in six months? “, questioned Mr. Véran at the microphone of RTL.

Amendment to the social security budget from the fall or ad hoc text at the start of 2023, “those who prefer to increase taxes, increase the debt will not change their minds, it must be said, in the coming months”, has he completed.

President Emmanuel Macron, who recalled Thursday that the reform was “necessary” while demanding that it be done “in the most peaceful way possible”, is due to have lunch on Friday with Prime Minister Élisabeth Borne to discuss this subject in particular according to Mr. Veran.

After having received most of the parliamentary groups over the past two days, Ms. Borne “will have to make a decision which she will explain in a few days”, specified the spokesperson.

Beyond that, he defended the principle of a measure to lower the legal retirement age. “The big difference with all our partners and all our neighbours, and moreover with most Western countries, is this retirement age, it’s this working time,” he explained. .

“We are talking about gradually rebalancing things (…) because for us, it is a dogma, a base, and we will not go back on it: we will not increase taxes, we want to lower them and we does not want to increase the debt any further, otherwise our children will pay it”.