Last June, the Angers University Hospital presented its attractiveness and loyalty plan to attract new hospital staff, retain those already in post and improve the quality of life at work. The establishment draws up an initial assessment after three months. 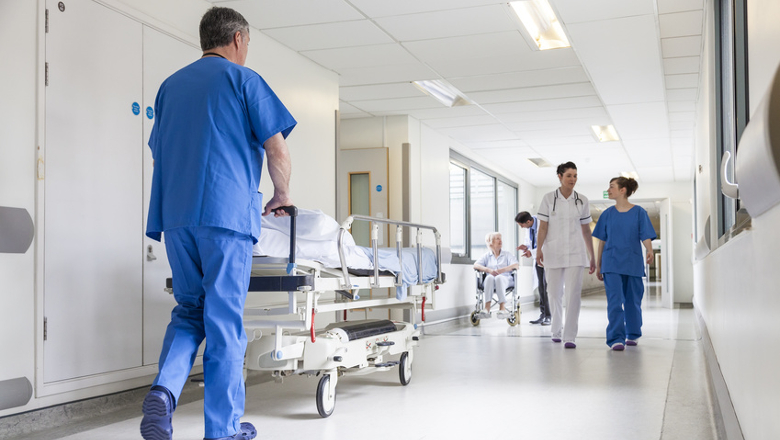 Often criticized for its working conditions, like many health establishments, the Angers University Hospital took several measures last June to ” attract new hospital staff, retain those already in post, improve the quality of life at work and the balance between personal and professional life “, indicates the CHU in a press release.

Paramedical staff and midwives hitherto on contract and occupying vacant posts as civil servants are immediately offered the status. “It starts with a one-year internship period, which leads to tenure. Professionals who do not wish to immediately benefit from the status of civil servant can remain on contract and subsequently request to benefit from it. From now on, proposals for internships are made to agents on the fly and no longer in waves as was customary before. Since the beginning of 2022, nearly 300 internships have been started or are in progress “, underlines the CHU of Angers.

” The salary of civil servants has been revalued at the national level through the measures of the Ségur de la Santé and via the increase in the index point and the minimum wage “, according to the CHU. The management of the establishment specifies that it wished from July 1, 2022 ” raise the wages of nearly 200 contract caregivers working in replacement jobs “.

Until 2020, caregivers recruited for the summer at the CHU d’Angers benefited from a first contract of 2 months maximum. ” From now on, new paramedics welcomed on the occasion of a summer replacement benefit from a contract of at least 6 months “says the CHU.

Following a local agreement, signed between the CHU and two trade union organizations (CFTC and CFDT), the hospital teams dedicated to replacements will be reinforced by thirty additional positions.

” The objective is no longer just to respond to the replacement of unexpected absences, it is also a question of facilitating departures for training, tutoring times or the acquisition of particularly technical skills. At the same time, the use of overtime has been improved, to avoid calls on rest and only solicit nurses, nursing auxiliaries, and hospital service agents who declare themselves voluntary and available to work overtime. “, Details the CHU of Angers.

” Another measure relating to the loyalty of caregivers: offering hospital staff career development at the CHU. The management of the CHU d’Angers applies a proactive policy in this area since 55% of the establishment’s training budget is devoted to professional promotion. “, concludes the health establishment.