The Guardians of the Galaxy invites itself for the Christmas holidays, with a Marvel studios’ Special Presentation TV movie available on Disney+ since November 25, 2022. A Christmas TV movie, Marvel sauce, in which the Guardians celebrate the holidays in a rather original… Trailer!

When marvel studios celebrate the holidays of Christmas… This gives Marvel Studios’ Special Presentation: The Guardians of the Galaxy Holiday Speciala TV movie centered on the eponymous superheroes of the Maison des Idées and released on Disney+ November 25, 2022. A somewhat wacky parenthesis for star lord, rocket, Drax and the rest of the team, who will thus celebrate Christmas in their own way, between Earth and Knowhere this time.

Trailer for The Guardians of the Galaxy Holiday Special, on Disney+:

Synopsis of The Guardians of the Galaxy Holiday Special:

” Mantis, Drax, Nebula, Kraglin, Rocket, and Groot team up to change Star-Lord’s mind, still affected by Gamora’s disappearance. Their plan includes kidnapping Kevin Bacon, Star-Lord’s favorite actor, to give him as a gift.“.

Poster of The Guardians of the Galaxy Holiday Special, on Disney+: 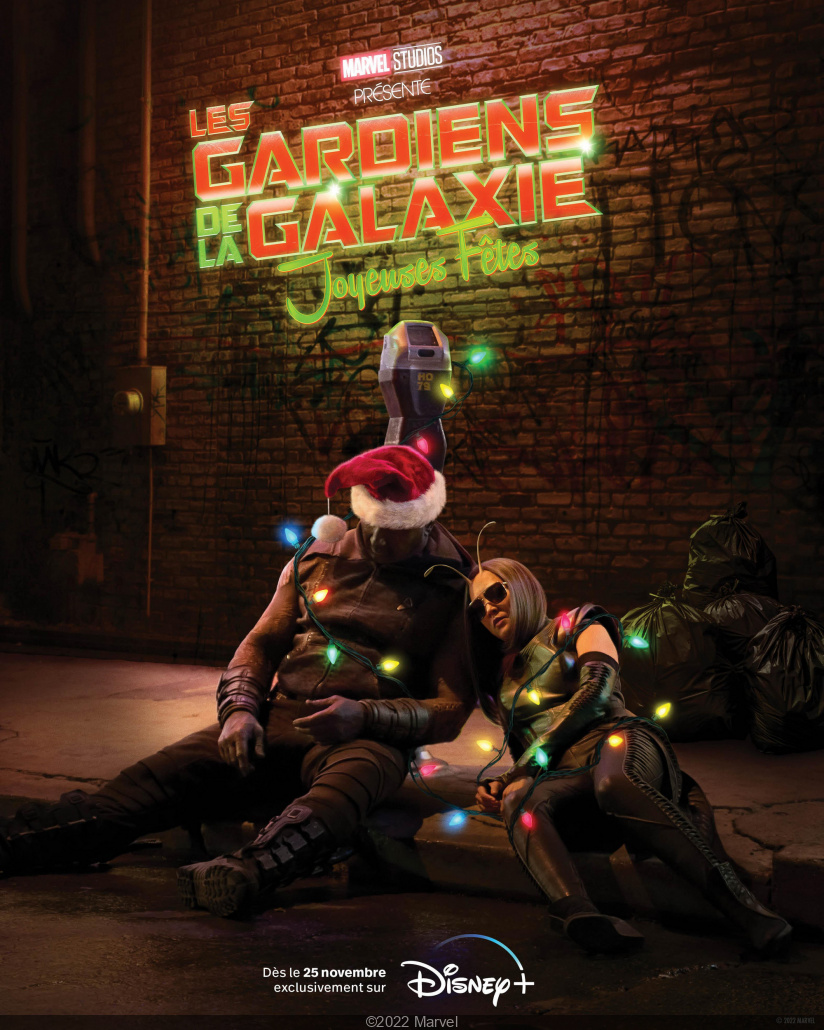 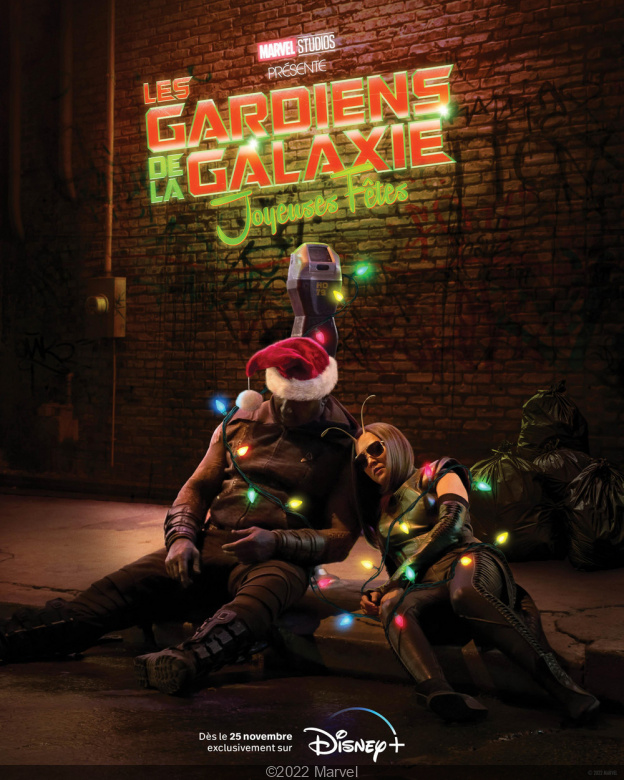 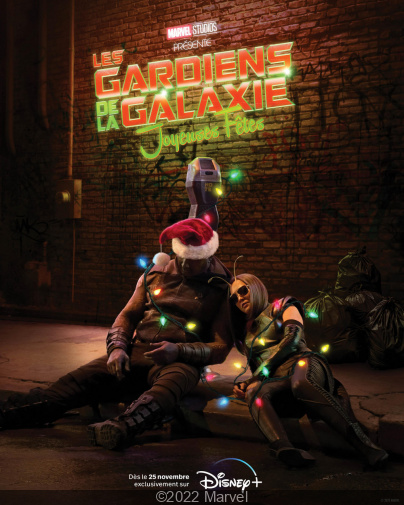 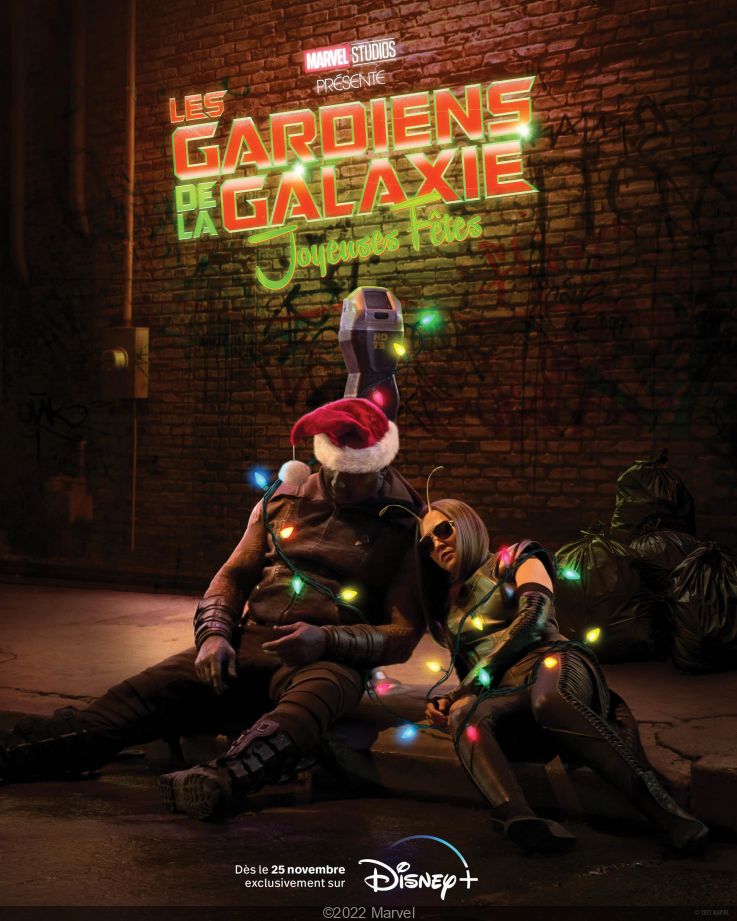 Our opinion on The Guardians of the Galaxy Holiday Special, on Disney+:

So should we succumb to this christmas special stamp Marvel ? The question is asked, and the answer will really depend on each of you… A medium-length film that has its qualities, but also and above all a lot of flaws. Let’s start with the qualities: we appreciate the highlighting of the secondary characters, and in particular of Mantis who gains confidence and imposes himself in this story. A slightly deeper character that deserves to be developed a little more.

On the emotional side, it also works. The duo Drax/Mantis is always so funny, and the finale with Star Lord is particularly touching, brought with as much seriousness as lightness. The film also takes the opportunity to unveil some new characters, such as the telekinetic dog Cosmoas well as some plot twists revealed from the start, point blank, without suspense.

Positive points which, on the other hand, find it difficult to compete with the shortcomings of the footage… And there are shortcomings. Starting with a non-existent scenario, consisting of the kidnapping of Kevin Bacon for 40 minutes. Far too long for a three-word plot. Added to this is a sense of humor that almost always falls flat and specifications that must be followed to the letter, leaving no room for surprise, among other things, making this christmas special a tasteless footage, quickly shipped and dispensable… Too bad. To see if you are really fans!

In the casting, we therefore find the same team, with Chris Pratt in the role of a Star-Lord very sad not to have found Gamora yet, but also Pom Klementieff, Karen Gillian, Dave Bautista, Bradley Cooper, Sean Gunn, Vin Diesel… And Kevin Bacon, suddenly, in his own role. What to wait before the return of the Guardians to the cinema, for the third and last part of their adventures, for the month of May 2023!