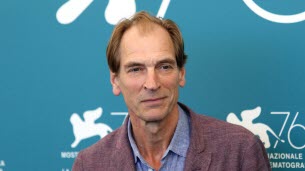 After two weeks of intense searches, the American authorities have still not found any traces of British actor Julian Sands, missing in Californiawhere he was mountaineering.

“Extensive searches, both on land and in the air, have been conducted,” the San Bernardino County Sheriff’s Office, which is in charge of search operations, said in a statement. But, “for the moment, Mr. Sands has not been found and no trace indicating his current whereabouts has been discovered”. The research will continue to the extent that “weather and field conditions allow it”, specifies the text.

Another missing mountaineer found on Tuesday

The 65-year-old comedian, made famous by films like Room with a view and Warlock, has been missing on Mount Baldy since January 13. This mountain, also called Mount San Antonio, rises to 3,068 meters above sea level and is the highest peak in the San Gabriel range, near Los Angeles. The area, popular with outdoor enthusiasts, has been made dangerous by recent serial storms that hit California and brought with them lots of snow.

Authorities found another missing mountaineer on Tuesday, a 75-year-old man injured due to weather conditions.

San Bernardino County reported harsh weather conditions two weeks ago on Twitter and alerted a week ago to the danger of hiking on Mount Baldy in this period due to high winds and ice.

Born in Yorkshire, Northern England, Julian Sands calls California home and is a mountain enthusiast. In particular, he climbed the Andes in the early 1990s and got stuck in a storm at more than 6,000 meters above sea level. In 2020, he had entrusted to the British daily The Guardian find bliss “near a mountain peak on a beautiful cold morning”.