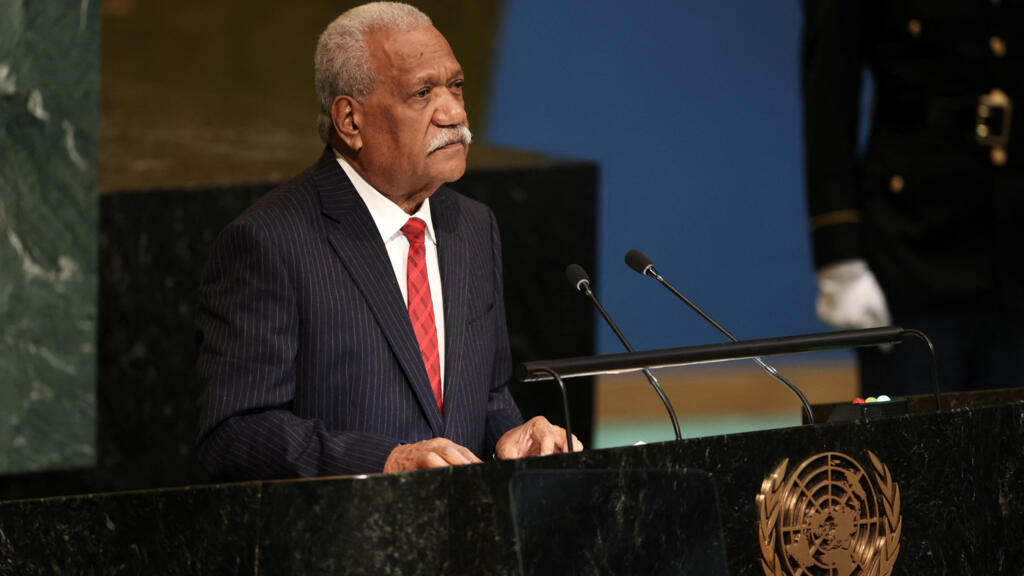 Threatened by the rising waters, the President of Vanuatu demanded, from the UN platform, the creation of a ” fossil fuel non-proliferation treaty “.

” We call for the development of a fossil fuel non-proliferation treaty to phase out coal, oil and gas in line with +1.5°C “, the most ambitious goal of the Paris agreement, Nikenike Vurobaravu told the United Nations General Assembly.

This campaign, launched by climate defenders inspired by the treaty on the non-proliferation of nuclear weapons, is also supported by the Vatican. the Vanuatu is therefore the first “Nation-State” to support the initiative.

In recent years, we have witnessed unprecedented heat waves, forest fires, violent hurricanes, coral bleaching, rising sea levels, prolonged droughts and record floods. This situation affects all the peoples of the world, the richest nations as well as the poorest.

” Our youth are terrified of the future and the world we will leave them by continuing to increase our dependence on fossil fuels added the president. ” Everyday we experience the debilitating consequences of the climate crisis “, he said at the podium, stressing that “ no one is immune to the extreme weather events that ravage our islands, our cities, our states “.

The campaign claims to have already received the support of more than 65 cities and regions around the world. Last week, the World Health Organization and some 200 other health organizations also called on governments to put such a treaty in place, stressing ” the serious and escalating threat to human health “.

► To read also: The Vanuatu archipelago declares a state of climate emergency