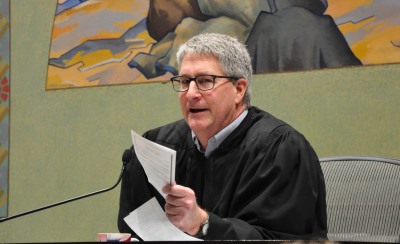 BISMARCK, ND (AP) — A North Dakota judge on Friday denied a request to lift his stay on a law banning abortion while a constitutional challenge to the law is pending.

Burleigh County District Judge Bruce Romanick dismissed Attorney General Drew Wrigley’s argument that he hadn’t given enough thought to whether a Fargo abortion clinic would succeed in his trial.

The Red River Women’s Clinic, the only abortion clinic in the state, argues that the state constitution grants the right to abortion. Although it continues to pursue this claim, it shut down its Fargo location in August. and opened a clinic in nearby Moorhead, Minnesotawhere abortion remains legal.

When Romanick prevented the law from taking effect, he acknowledged that the clinic had moved, but noted that doctors and hospitals would still be affected by the law.

Romanick said at the time that he was not ruling on the likelihood of the clinic winning the lawsuit, but that more time was needed to render a proper judgment.