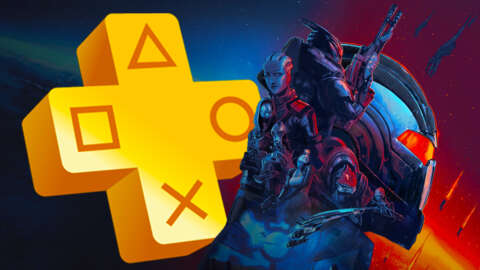 Hope you didn’t pick up Mass Effect Legendary Edition for PlayStation during the Black Friday or Cyber ​​Monday sales, as the game will be part of the December PlayStation Plus deal.

Dealabs user Billbil-kun reports that Mass Effect Legendary Edition will be available for free from December 6, 2022 through January 3, 2023 to all PlayStation Plus Essentials, Extra, and Premium subscribers.

The game, which only has a previous-gen version, is by extension playable on PlayStation 4 and PlayStation 5. The Legendary Edition is a remaster of the original Mass Effect trilogy, based on everything we’ve seen from the developer BioWare regarding the next Mass Effect game, will be all you need to prepare for it.

Biomutant and Divine Knockout are the other two games that round out the lineup, with PS4 and PS5 versions available depending on which console you have. Biomutant is developer Experiment 101’s post-apocalyptic action game featuring a mammal warrior of your own making, while Divine Knockout is a third-person combat game featuring scalable battlefields and multiple game modes.

Divine Knockout is launching as part of PlayStation Plus, so it’s the only title you don’t already own!

If you own an Xbox, Microsoft has confirmed that Game Pass Ultimate and Xbox Live Gold subscribers will be able to claim Colt Canyon, a top-down shooter set in a western wasteland, and Bladed Fury, a side-scrolling action game. inspired by Chinese history and mythology. Next month. Colt Canyon will be up for grabs throughout the month, while Bladed Fury will be free starting December 16.