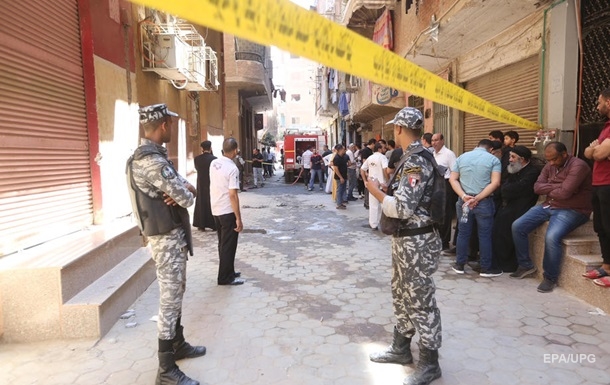 A fire broke out in an Egyptian church

As a result of the incident, at least 41 people died, 14 more were injured. Initially, the cause of ignition was a short circuit in the electrical wiring.

A fire broke out in a church in Cairo, the capital of Egypt. As a result of the incident, at least 41 people died, 14 more were injured. It is reported CNN.

Previously, the cause of the fire in the Abu Sefein church was a short circuit in the electrical wiring on the second floor.

“I am closely following the developments surrounding the tragic accident. I have instructed all concerned government bodies and institutions to take all necessary measures and immediately deal with this accident and its consequences,” President Abdel Fattah al-Sisi wrote on Twitter.


41 died in a fire in #Giza coty of #Egypt in a church. #Cairo pic.twitter.com/8znxT6zlyI

Also today in Yerevan explosions rang out in the Surmal shopping centeras a result of which one person died, 20 were injured.