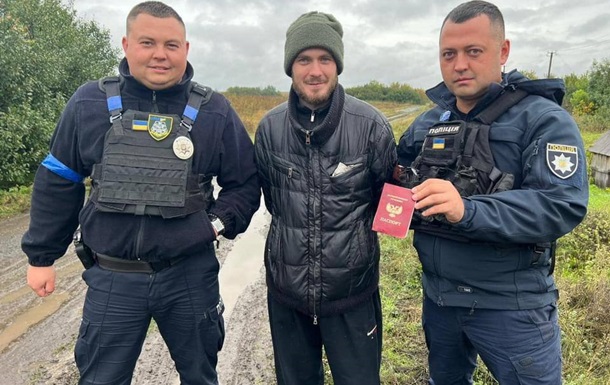 A native of Ilovaisk fought on the side of Russia

On February 25, the detainee crossed the Ukrainian border as part of the enemy army through the city of Vovchansk in the Kharkiv region.

In the Chuguyiv district of the Kharkiv region, law enforcement officers detained a Russian serviceman who was hiding in the forest. About this on Friday, September 23, reported press service of the National Police.

As stated, the 27-year-old man was discovered during patrolling and training of the de-occupied territories, he was dressed in civilian clothes.

According to the documents, the occupier is a native of Ilovaisk, Donetsk region.

According to the detainee, on February 25 he crossed the Ukrainian border as part of the Russian army through the city of Vovchansk in the Kharkiv region. Served with weapons at checkpoints. The invader arrived in the village of Yurchenkove a month ago, before the counteroffensive of the Armed Forces.

According to journalist Andrii Tsaplienko, the separatist tried to get out of the liberated territory, but was unsuccessful.

Previously, the Deputy Minister of Defense of Ukraine, Hanna Malyar showed the found reports of the Armed Forces of Ukraine Russian invaders, in which they refuse to obey command orders, and reports of contract terminations.