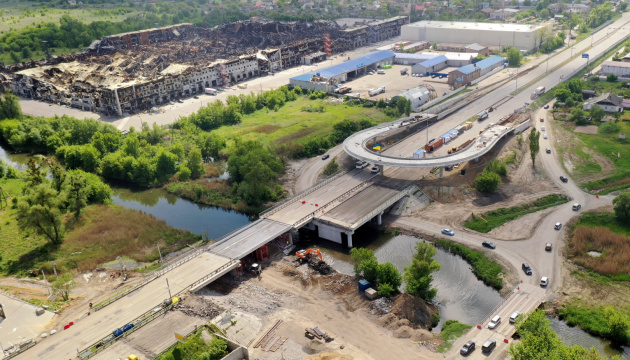 The police created a Telegram channel to collect evidence about war crimes committed by the Russian army in Irpen, Kyiv region.

As reported by Ukrinform, it is reported National Union of Journalists of Ukraine.

Investigators of the Main Investigative Department of the National Police of Ukraine are asking for help in the investigation of witnesses war crimescommitted by the Russian military in Irpen.

“In the Main Investigative Department, a separate Department for the organization of investigations of crimes committed in the armed conflict has been created. In particular, we are entrusted with the investigation of war crimes committed in the city of Irpin. There are a very large number of victims of these crimes. As of now, about a thousand episodes of criminal actions by the Russian military have been registered , related to violations of the customs of war (thefts, damage to civilian infrastructure, attacks on health care facilities, use of civilians as human shields, killings of civilians, etc.). We are constantly learning about new episodes,” said Ivan Dulkai, an investigator of the department.

Read also: The head of the Ministry of Foreign Affairs of France military crimes rf: We must ensure justice

Many witnesses and victims left the city during the evacuation and have not yet returned. Some of them were in Irpen passing through. Therefore, the police created a special Telegram channel War crimes in Irpinin which requests for the search of witnesses for certain episodes of committed crimes are published.

Investigators are collecting videos that people shot in Irpen during the hostilities in the Kyiv region. With their help, they establish how events developed during the commission of crimes. In addition, in the Telegram channel, the police publishes instructions on how to behave to those people who are witnesses and victims of these crimes.

Photos of Russian soldiers who were in Irpen and may be involved in the commission of crimes are also published. Currently, photos of about 800 people are posted on the Telegram channel, and this database is constantly updated. The police are asking people who saw these Russian servicemen to report the circumstances of meeting them: at a checkpoint, during a house search, etc.

“This Telegram channel performs the function of direct communication with the investigator, who will immediately react to the information. The information received will immediately reach the person who is responsible for the investigation of this particular episode. In case of recognition, you can report it to the police by phone number +380680461655, or comment under the photo,” Dukai emphasized.

Read also: Hungary called for an international investigation into war crimes in Ukraine

According to him, many witnesses have already provided valuable information to the law enforcement officers. In particular, this is evidence of the shooting of the evacuation convoy, which was moving on March 6 in the direction of the Stoyanka village.

“People are very willing to testify. It is clear from their words that it is very important to them that we achieve justice,” Dukai stressed.

As reported by Ukrinform, Irpin, Bucha, Gostomel and the entire Kyiv region were liberated from the Russian invaders at the beginning of April. Mass destruction and brutal murders of civilians by the Russians were recorded in the liberated cities and villages.