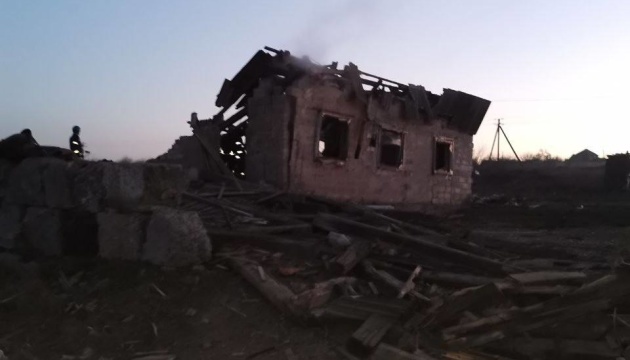 As a result of a rocket attack on Zaporizhzhia, a woman was killed, who was being searched under the rubble of a private house.

About this in Telegram Acting Mayor of Zaporizhzhia Anatoly Kurtev reports, Ukrinform reports.

“Unfortunately, the woman who was under the rubble died. We offer our sincere condolences to her family and friends,” the post reads.

Read also: the Russians struck 84 strikes in the Zaporizhzhia region during the day, over 20 houses were damaged

Earlier it was reported that around 16:00 a loud explosion was heard in Zaporizhzhia. As a result of an enemy attack, a private house was destroyed in one of the districts of the city. Previously, there was one person under the rubble of the house. It is also known that nearby houses were also damaged.