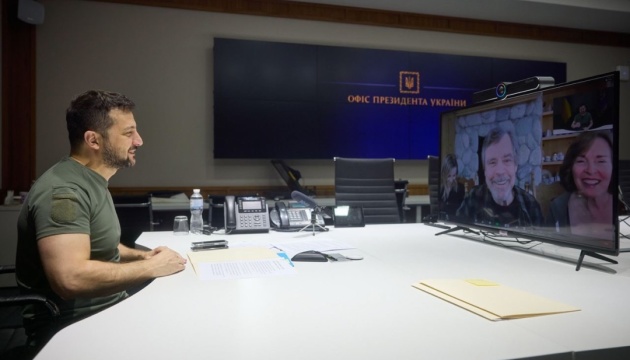 American actor Mark Hamill, who played the role of Luke Skywalker in “Star Wars”, became the ambassador of the fundraising platform United24.

This was announced by President Volodymyr Zelenskyi on Facebookreports Ukrinform.

“American actor, performer of the role of Luke Skywalker in “Star Wars” Mark Hamill became the ambassador of the fundraising platform United24. He is the first ambassador to help raise funds to support our defenders, the Drone Army. This is a difficult but very important mission. Mark, we are sure that you will definitely handle it,” the head of state said.

He thanked the actor for supporting the Ukrainian people in the struggle for freedom.

As reported, in May President Volodymyr Zelenskyi announced that Ukraine is launching the United24 global fundraising platform. During the first four months of its operation, contributions to the aid of Ukraine came from 110 countries for a total amount of almost 200 million US dollars.