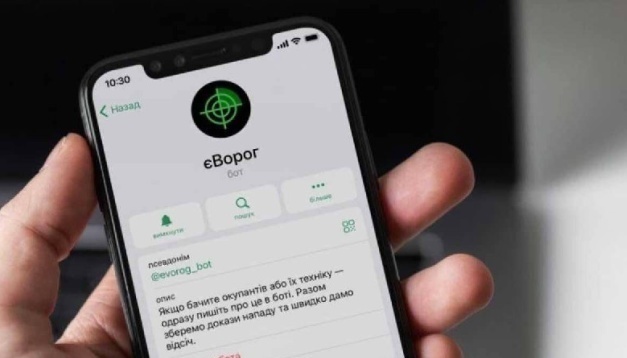 368,000 Ukrainians have already used the eVerog chatbot, which was launched by the Ministry of Digital Transformation after the full-scale Russian invasion.

“Courageous Ukrainians are helping the Armed Forces conduct a counteroffensive by transmitting information about the occupiers to @evorog_bot. 368,000 Ukrainians have used the chatbot for the entire time,” he said.

Read also: Drones for the “Drone Army” are sent from all over the world – 109 have already been handed over to the Armed Forces

Fedorov called on Ukrainians to continue to report on enemy fuel tankers, the accumulation and movement of equipment columns, the transportation of equipment by rail, and ammunition depots.

Also – about radar stations, artillery positions, field airfields for rotorcraft, the location of the leadership of enemy troops, the location or residences of the occupiers.

Read also: For each tank of the Russian Federation, we should have several combat shells for drones – Fedorov

As reported, in March the Ministry of Digitization launched the YeVorogh chatbot in Telegram. With its help, you can send exact geolocation of the location or information about the movement of Russian equipment or the occupiers. All data on the enemy, if they are reliable, are transferred to the Armed Forces.

There is also an opportunity to report explosive items to the State Emergency Service and collaborators/Russian killers who committed atrocities in Buch, Gostomel and Irpen to the SBU.