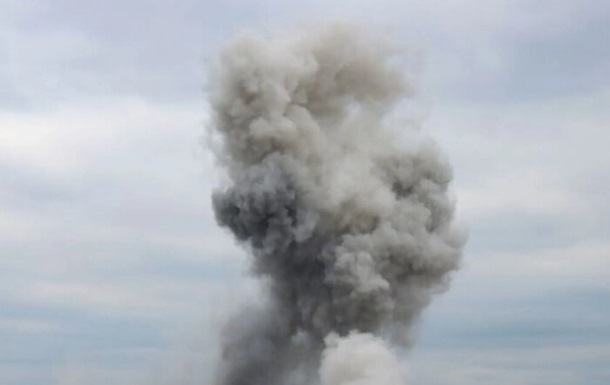 An explosion occurred in Melitopol

The so-called “referendums” began today in the occupied parts of Donetsk, Luhansk and Melitopol regions.

A loud explosion rang out in the occupied Melitopol of the Zaporizhzhia region in the morning of September 23. This happened on the first day of the so-called “referendum” on joining Russia. About this reported Mayor of Melitopol Ivan Fedorov.

“The terror of the occupiers is increasing. At 7 a.m. in Melitopol, a loud explosion rang out, which was well felt by residents in the city center. People are afraid to leave their homes,” he said.

According to the mayor, this fear is in the hands of the occupiers, because on the first day of home “voting” in the pseudo-referendum, they need everyone to sit quietly at home.

“We are clarifying the information, but one thing can be said for sure. The people of Melitopol should stay away from the Russian military and enemy equipment. Something is constantly exploding near them,” Fedorov said.

As reported RIA Novosti“referendums” began today in the occupied parts of Donetsk, Luhansk and Melitopol regions.

It is noted that in the “DPR” “voting” takes place in the entire territory controlled by the occupiers. In “LPR” all “ballots” have been delivered to the polling stations, “from 8 in the morning the polling stations outside the premises start their work.”

In Melitopol, they began to go to the addresses of citizens to collect signatures.

We will remind, the other day collaborators from “DPR”, “LPR” and temporarily occupied Kherson called for immediate holding of “referendums” on joining Russia.


NATO countries reacted to the announced “referendums”declaring that no one would recognize them as legitimate.