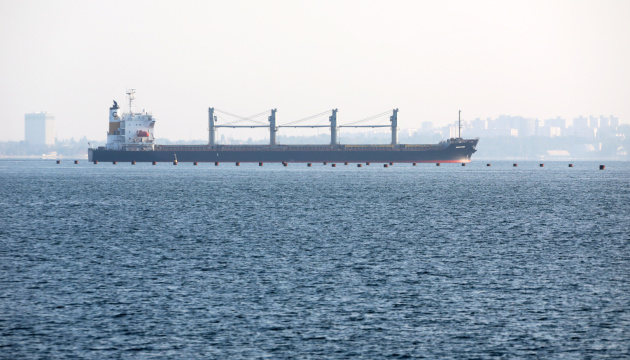 On September 23, eleven vessels loaded with Ukrainian agricultural products left the ports of Odesa, Chornomorsk and Pivdenny through the grain corridor.

As reported by Ukrinform, this was reported by the press service of the Ministry of Infrastructure of Ukraine in Facebook.

“Today, September 23, 11 ships departed from the ports of Odesa, Chornomorsk and the port “Southern”. On board they were 201,000 tons of food for the countries of Asia and of Africa“, the message says.

According to the data of the Ministry of Infrastructure, 4.58 million tons of agricultural products have already been exported since the first ship with Ukrainian food left.

A total of 203 ships with food for the countries of Asia, Europe and Africa left Ukrainian ports.

As reported by Ukrinform, on July 22 in Istanbul, at the suggestion of the United Nations, Ukraine, Turkey, Russia and UN Secretary General Antonio Guterres signed the Initiative on safe transportation of grain and products from the ports of Odesa, Chornomorsk and Pivdenny.

The first ship with Ukrainian food left the port of Odessa on August 1.