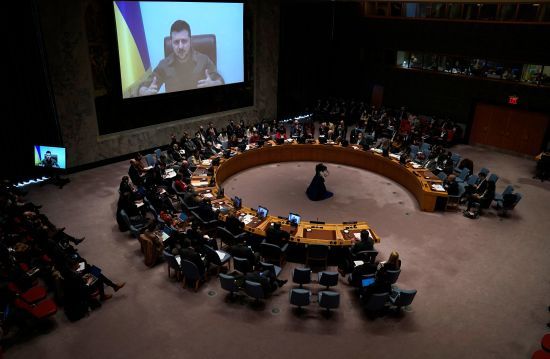 The Ukrainian president talked about the reaction of the world community to the “peace formula” from Ukraine, which was presented in New York.

The President of Ukraine, Volodymyr Zelenskyi, reported on the positive reception of his speech at the UN General Assembly and noted the constant false propaganda of the representative of Russia, of which the world has long been tired.

That’s what he’s about spoke in his evening address on Friday, September 23, on the day when the events in New York as part of our country’s participation in the next session of the UN General Assembly are ending.

According to him, this week was productive for Ukraine.

“Ukraine has shown that not only the truth is with us, but also the strength is with us, the initiative is with us, confidence – we have confidence in victory. The world is always sensitive to such things. Who is really strong, and who pretends to be strong. Who really feels their strength, and who tries with all their might to hide weakness and insecurity,” said the president.

Zelensky reminded that Ukraine proposed a “peace formula” at the General Assembly, which is a way to stabilize international relations.

“And it was definitely heard by the world. The reaction to my speech at the General Assembly was quite positive. Different countries equally wanted to hear specifics. Specifics on how to restore peace, how to end this war. Ukraine presented its vision. Clear, logical, fair and realistic,” the Ukrainian leader emphasized.

“And what did Russia present? Again, lame excuses, complaints and constant false propaganda, which the world has tired of for a long time, but Russian representatives still repeat it. There is an obvious contrast with us,” Zelensky emphasized.

The Ukrainian president also expressed his gratitude to all state leaders, politicians, public figures, cultural and business leaders who expressed their support at the General Assembly and all the events that took place with the participation of Ukrainian representatives in the USA this week.

We will remind, in his speech at the general debate of the 77th session of the UN General Assembly, the President of Ukraine emphasized the need for the most severe punishment for the aggressor state.