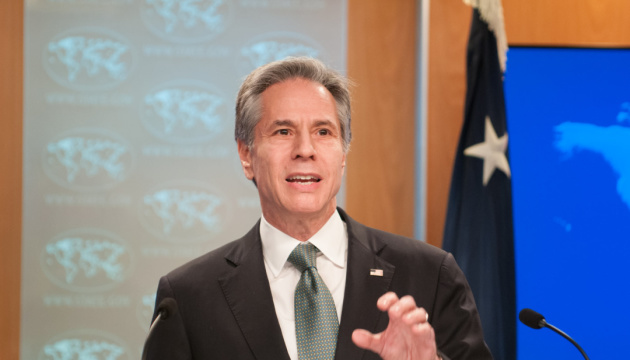 During a meeting on Friday with Chinese Foreign Minister Wang Yi, US Secretary of State Anthony Blinken confirmed Washington’s position on condemning Russian aggression and warned China against any support for Russia in this matter.

The conversation between the heads of foreign policy departments took place on Friday on the sidelines of the 77th UN General Assembly in New York, Ukrinform reports with reference to the US State Department.

“The State Secretary repeated his position of the United States on the condemnation of the war of the Russian Federation against Ukraine, and also emphasized the consequences if the People’s Republic of China supports the Russian invasion of a sovereign state,” the message reads.

In addition, the parties discussed the situation around the Taiwan Strait. Blinken emphasized the US’s commitment to maintaining peace and stability in the region under the “one China” policy, which also affects global stability.

At the same time, Blinken expressed the need to maintain open lines of communication between the US and China, as well as to treat relations between the two countries responsibly, especially in a period of tension.

Read also: Blinken at the UN: Instead of withdrawing troops from Ukraine, Putin called for another 300,000

As Ukrinform reported, high-level meetings are being held in New York within the framework of the start of the 77th session of the UN General Assembly.