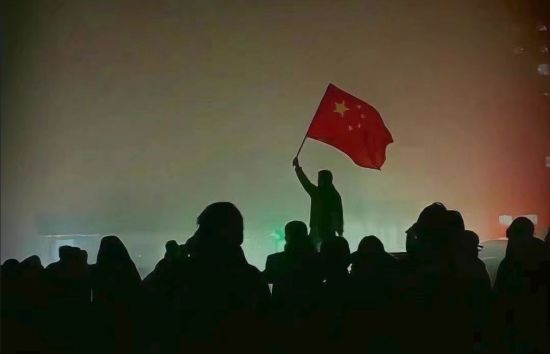 According to him, under the guise of anti-covid restrictions, China is building a “digital concentration camp” with complete control over citizens.

Advisor to the President’s Office Oleksiy Arestovych commented on the protests against anti-covid restrictions in China and predicted the further development of the situation in this country.

He said this in a conversation with Russian journalist and human rights defender Mark Feigin.

According to Arestovych, China has big economic problems.

“They are connected with the exhaustion of the development model. They have been moving upward for a long time, borrowing “ungodly”. And now they have built a debt pyramid that stands upside down – at a small point, expanding to the top,” he noted.

In addition, the adviser of the OP drew attention to the demographic problem of the PRC: there are more and more pensioners. There is also an unevenness in the material provision of the regions: the prosperous southeast near the coast and the poor inland regions.

“Thanks to lending, job creation, economic growth, they managed to compensate for internal contradictions. But they came to the edge of this type of development. A sign of this is the re-election of Xi Jinping for a third term. This means conservation and, as a result, a crisis,” Arestovich believes.

According to him, under the guise of anti-covid restrictions, China is building a “digital concentration camp” with complete control over citizens.

“However, in the provinces, there are representatives of the group of the Central Committee that lost. And they may not rush to suppress the protests. That’s why China is running a fever. That’s why this country will get worse every year,” says the OP adviser.

Arestovych does not rule out that Beijing, in order to divert the attention of the population from urgent problems, may resort to the old tactic of “small victorious war”.

“Great upheavals await China. The anti-Covid protests may end tomorrow, but this does not mean that China will get rid of the threat,” he concluded.

In turn, Mark Feigin added that the protests in China could have greater consequences for the world, and in particular for Ukraine’s war with the Russian Federation, than protests in Iran.

Protests in China: what is known

We will remind that in China tightened coronavirus restrictionsbecause outbreaks of COVID-19 have been recorded in 31 provinces.

As a result, in China large-scale protests broke out against a permanent lockdown. The impetus for this was a deadly fire in a high-rise building in the capital city of Xinjiang, Urumqi, as a result of which 10 people died. The residents could not escape in time, as the building was partially closed.

In addition to calls for the cancellation of the lockdown, political slogans are also heard. For example, during one of the protests in downtown Shanghai, they sounded “Down with the Communist Party” slogan.