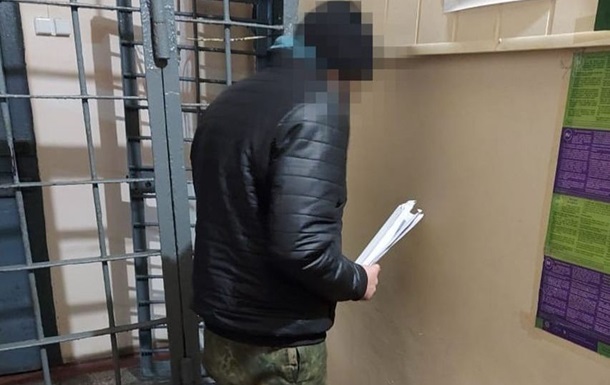 The detainees were informed of the suspicion of collaboration and taken into custody, they face up to 15 years in prison.

In the Kherson region, the SBU detained two collaborators from the former Ministry of Internal Affairs of the Russian Federation, who kidnapped Ukrainians. About this reports SBU press service.

“The security service exposed two more accomplices of the enemy as a result of stabilization measures in liberated Kherson. During the capture of the city, they voluntarily joined the “head office of the Ministry of Internal Affairs of the Kherson region” created by the occupiers. After an “interview” with representatives of the FSB, one of the perpetrators was appointed an “investigator” and brought before he was tasked with participating in the suppression of the resistance movement in the occupied part of the region. The victims were subjected to psychological pressure, violence and threats of physical violence,” the report says.

Another collaborator was appointed “police patrolman” as part of the occupation body.

“While in this position, he directly participated in the persecution and illegal detention of Ukrainian citizens. After the liberation of Kherson, the collaborators tried to hide in the city, but they did not succeed. The employees of the Security Service located and detained the perpetrators,” the SBU notes.

The detainees were informed of the suspicion of collaboration and taken into custody, they face up to 15 years in prison.