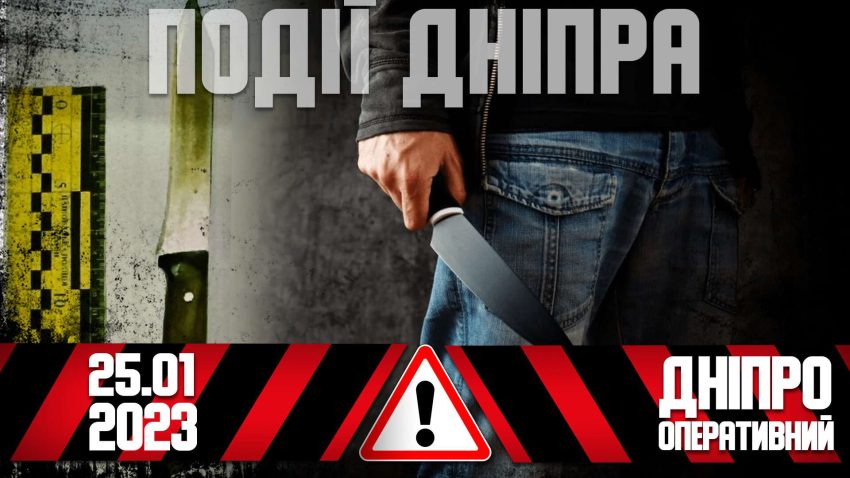 For those who have not had time to read all the news of the day, the editorial staff of IA”Dnipro Agentprepared a selection of the most interesting events that took place in the city on Wednesday, January 25.

In Dnipro, in one of the apartments on Kalinova Street, a man slit his girlfriend’s throat. It became known from its own sources that the girl’s body with a slit throat and a knife wound in the chest was discovered by the husband’s father. He called the police and an ambulance. When the father entered the apartment, his son was lying next to the corpse with cut veins and a stomach wound, but he was conscious. According to one version, the girl was going to leave her husband, so he killed her and was going to commit suicide.

In Dnipro, vandals defaced a Cossack monument with a pro-Russian inscription. As the Public Works Inspectorate reported, unknown people painted a monument on Naberezhnaya Zavodskaya, dedicated to the founding of the Cossack settlement with a fortress in Novy Kodaki. Note that such listings may be considered a criminal offense due to their content.

About other news from Dnipro today – in the video on our YouTube channel:

You can watch the Dnipro news summary for Tuesday, January 24 in a previous post.