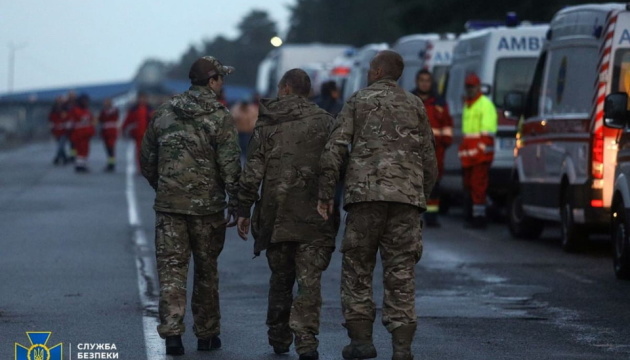 Freed from captivity, the fighters of the “Azov” regiment are ready to return to the formation and defend the country.

The press service of the regiment reports this in Telegramreports Ukrinform.

“The “Azov” regiment is restoring combat capability. At this moment, the defenders of Azovstal, released from captivity, are ready to return to the formation. We are opening a fundraiser for the purchase of equipment and equipping the fighters,” the post reads.

Read also: More than 2,000 defenders of Mariupol are in Russian captivity – Azov headquarters

As Ukrinform reported, on September 21, as a result of the exchange, more than 200 Ukrainian defenders, as well as 10 foreigners, returned from Russian captivity. Five commanders of the “Azov” regiment will stay in Turkey until the end of the war under the personal security guarantees of President Recep Tayyip Erdogan.

As of October 2, Ukraine returned 808 people from captivity.