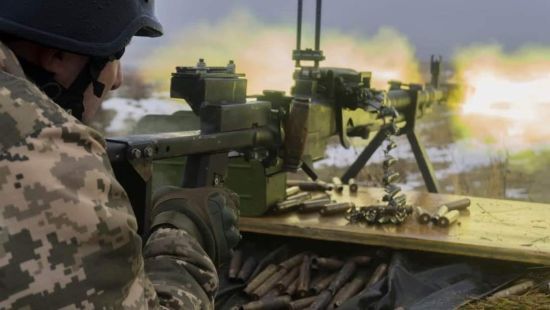 In addition to the Bakhmut direction, the Russians are trying to strike in the Avdiiv and Vugledar directions.

The Russian occupiers are increasing the pressure on the Bakhmut and Ugledar areas. Currently there heavy fighting continues.

About this reported Deputy Minister of Defense Hanna Malyar.

According to her, the Russians throw a significant number of personnel, weapons and military equipment into battle, trying to break through our defenses, suffer significant losses, but do not abandon their plans.

The intensity of the fighting is increasing.

“Now in Donbas, against their superiority in the number of fighters and weapons, our advantage lies in the professionalism of the military command and the courage of the soldiers,” Malyar said.

Serhii Cherevaty, the spokesman of the Eastern group of troops of the Ukrainian Armed Forces, is on the air “Radio Donbas.Realii” also confirmed that fierce battles continue in the Ugledarsky direction.

“The Avdiyiv and Vugledar directions have long been one of those points where the enemy, apart from the Bakhmut direction, is constantly trying to hit. During this day, it carried out 300 shellings, 71 assaults and lost 159 people killed and 189 wounded. As well as 7 tanks, 17 BMPs, 7 vehicles, one “Orlan-10″ drone. Fierce battles are taking place there. Everything is being done so that the enemy cannot advance in order to inflict systematic, powerful losses on him,” Cherevaty said.

Earlier, the soldiers of the Armed Forces showed how the enemy attack in the Bakhmut area was choked. Despite fierce fighting Bakhmut remains under the control of the Armed Forces. The General Staff reported that the ZSU until they leave from this city.