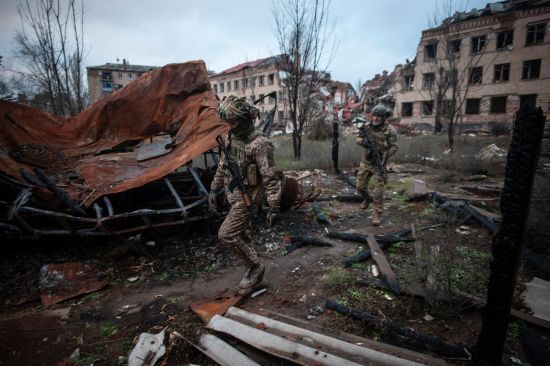 The soldiers of the 93rd Brigade reliably hold the blow and prevent the invaders from taking Soledar, despite all the attacks.

Fighters of the 93rd separate mechanized brigade “Kholodny Yar” showed how the indomitable city of Soledar in Donetsk region lives, which has turned into a front line.

Soledar is located near Bakhmut in the Donetsk region. Now this is the most difficult and cruel direction on the front, one of the epicenters of hostilities with the occupiers. Day after day, the Russians methodically destroy the city with shelling and throw hundreds of “cannon fodder” fighters into the attack.

The soldiers of the 93rd Brigade reliably hold the blow and prevent the invaders from taking the city.

“There are no benefits at all in Soledar – no water, no electricity, no gas. Nevertheless, civilians still live and survive there,” the brigade’s press service noted.

We will remind that Donetsk region, in particular the Bakhmut direction, has been marked as one of the most difficult.

Serhiy Cherevaty, the spokesman of the Eastern Group of the Armed Forces of Ukraine, said that Bakhmut is the most cruel and the most aggressive direction.

The Ministry of Internal Affairs said that the occupiers cover the ground with bodies and move on, desperately trying to break through to Avdiivka and Bakhmut.

Photo of Ukrainian positions near Bakhmut compared with the conditions of the battles of the First World War. Ukrainian defenders are forced to live in trenches, where the water is knee-deep, and all around just scorched eartheven the plantations turned into broken wood chips.

The bodies of the occupiers near Bakhmut rotting in the trenchesand the command of the Russian Federation does not even plan to take them away.