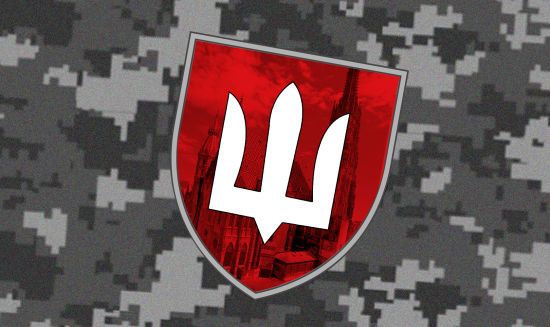 Ukrainian VIP refugees during the war chose the Austrian capital Vienna as one of their favorite places outside the state. People’s deputies, judges, and businessmen can be found on the same streets, in restaurants and hotels there.

Exactly Vienna chose Ukrainian elite “refugees” because of the high standard of living there and the optimal distance from the state borders.

This is stated in investigation journalists of “Ukrainian Pravda” under the name “Vienna Battalion”.

“We are publishing everyone whom we managed to capture during a several-day business trip to the capital of Austria. Perhaps this will help facilitate the work of law enforcement officers in this strategic direction,” the publication said.

Ex-head of the Tupytskyi KSU

In particular, in the center of Vienna, journalists noticed the ex-head of the Constitutional Court of Ukraine, Oleksandr Tupytskyi, driving a white BMW. According to the Office of the Prosecutor General, having the conscription age, he illegally left the territory of Ukraine during martial law. According to journalists, Tupytsky has been living in the Austrian capital for about half a year.

When asked what the ex-head of the KSU does in Vienna, he replied that he lives there.

“What’s the difference – Vienna or not Vienna?” – answered Tupytskyi when asked why he chose this particular city.

He also assured that he does not own real estate there, but rents an apartment.

“My wife had difficulties with childbirth, so she decided to leave and give birth abroad. So I fulfilled my, well, not that duty, I had to do this so as not to leave my children or my wife, and go abroad with them“, the ex-leader of the KSU explained the reasons for his departure from Ukraine.

However, according to Radio Svoboda journalists, Tupytskyi did not officially cross the Ukrainian border. Commenting on his departure, he said that he had a certificate that not subject to mobilization, “that’s why I left, I believe, on legal grounds.” The judge also reported on the “certificate” that he had passed the border control in Hungary. According to Tupytsky, he is in refugee status in Viennaand has relevant documents about it.

It will be recalled that in May the former head of the KSU was declared an international wanted man, and in July he was arrested in absentia.

To the question of when he plans to return to Ukraine, Tupytskyi answered: “When the war ends, or when there are opportunities for my security. Imagine when today the situation is as I told you, and imagine that I would be in the territory right now of Ukraine. Would I be arrested? I think that I would be on the run.”

Despite the fact that in Vienna the judge lives in an apartment five minutes’ walk from the central square, he laments the fact that in Ukraine he was deprived of lifelong state maintenance.

Journalists met in the capital of Austria and People’s Deputy from “Servant of the People” Andrii Kholodov, who is the godfather of ex-Deputy Viktor Medvedchuk. It is reported that Kholodov’s estate is located a few minutes from the estate of oligarch Dmytro Firtash.

Journalists recorded the people’s deputy during his return to the estate with his family on the day when the parliament was sitting in Kyiv. For obvious reasons, Kholodov missed this and the previous meeting. By the way, on video it was possible to record how the auto policy issued a fine for parking in the wrong place.

In a conversation with journalists Kholodov admitted that he missed the meeting of the Council and explaining the reason, said: “And I am here in Vienna permanently. There are my personal reasons.” The People’s Deputy refused to answer how long he had been in this city.

Note that in April “UP” wrote about the politician’s departure abroad. Then the “Servant of the People” announced about Kholodov’s secret humanitarian mission. In addition, the 25-year-old son of People’s Deputy Philip Kholodov also left Ukraine. It is currently unknown whether he has returned to the country.

A few days after the conversation with the journalists, Kholodov wrote on the Internet that he was in Vienna and published a photo with representatives of the Austrian charitable foundation.

According to the publication’s journalists, a pro-Russian politician also lives in Vienna Evgeny Muraev. His wife Kateryna was captured on video there. Journalists tried to call Murayev and left a message, but he never answered.

Under the Viennese Hilton hotel, the media noticed Rolls-Royce and Mercedes Geländewagen with Ukrainian license plates. According to “UP” sources in law enforcement agencies, the Rolls-Royce is registered to the son of Viktor Korzh, who was a People’s Deputy from the “Party of Regions”, Minister of Family, Youth and Sports in Viktor Yanukovych’s government, deputy head of the Kyiv State Administration, adviser to the head of the Ministry of Internal Affairs Arsen Avakov, and is currently the vice-president of the Olympic Committee and the deputy head of the “Dynamo” physical culture and sports society.

It is noted that in 2019 The SBU detained the driver of Korzh demanding a bribe, but the case never reached court.

Associates and wife of businessman Petrovsky

Also at the entrance to the Grand Hotel, journalists noticed associates of Dnipro businessman Oleksandr Petrovskyi: these are the Adamadze brothers and a man nicknamed “Antik”. The BMW car of Petrovskyi’s brother, driven by the businessman’s wife, was also recorded. Journalists never met him in Vienna, but according to their sources, Petrovsky left Ukraine at the beginning of a full-scale invasion.

In May, the Austrian mass media reported on the beating of local taxi drivers by a group of Ukrainian youths over parking spaces. According to “UP” sources, the participants in the fight were youths related to Petrovsky’s son, who also moved to Vienna from the Dnipro.

Journalists noted that in the capital of Austria, in general, you can see a lot of luxury cars with Ukrainian license plates, and local residents are surprised by such wealthy Ukrainian refugees.

We will remind, some Ukrainian oligarchs and businessmen have fled abroad since the start of the full-scale invasion. There, elite “refugees” away from rockets and mobilization have fun on the Cote d’Azur while Ukrainians defend their land.