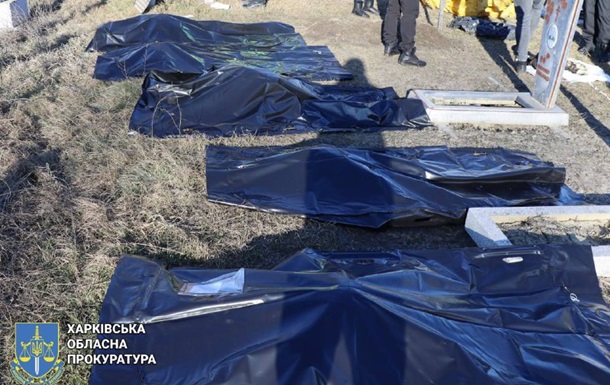 The bodies of nine dead civilians were exhumed in Kharkiv Oblast

People tried to leave the occupied village of Borov in the Izyum district by evacuation buses.

The bodies of nine civilians were exhumed in Kharkiv Oblast. Last year, on April 14, they were shot by Russian troops. The dead were in evacuation buses at that time. About it on January 25 informs Office of the Prosecutor General.

“People were going to their homes in the Luhansk region. The enemy started firing heavy-caliber machine guns and small arms at buses with people. So far, at least nine people have been killed, they were burned alive in the bus,” the report said.

It is noted that on April 14, 2022, the occupiers shot two evacuation buses with civilians in Borov village of Izyum district. It happened on the second day of occupation of the settlement.

After the tragedy in May, all the dead were buried by a resident of Borova. Yesterday, January 24, the police, together with prosecutors, exhumed the bodies and sent them for forensic examination.

Under the procedural leadership of the Kharkiv Regional Prosecutor’s Office, a pre-trial investigation into the criminal proceedings under Part 2 of Art. 438 of the Criminal Code of Ukraine.

We will remind you that the process of exhumation of the bodies of those who died in the liberated territories of Kharkiv region continues. Still 145 bodies have not been identified from the mass burial near Izyum.