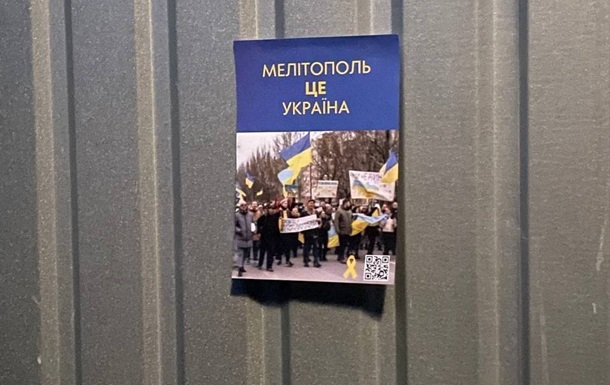 Activists of the Yellow Ribbon movement distributed more than 120 flyers with a QR code that redirects to the article “How to avoid getting a passport for Russians?”.

Activists of the Yellow Ribbon partisan movement are actively conducting outreach work in the occupied cities of Ukraine. In particular, they tell how to avoid getting a Russian passport.

“Melitopol is becoming one of the largest “prisons” in Europe. It is almost impossible to leave the city. The occupiers are putting more and more pressure on local residents, trying to break them, making it as difficult as possible to transfer printed posters to other cities of the region. But the activists of the Yellow Ribbon movement are holding their ground! For the past few days, activists have distributed more than 120 flyers with a QR code that redirects to the article “How to avoid getting a passport of Russians?” Therefore, for the time being, the occupiers are going into the past, our brave residents are showing them the way behind the Russian ship and are boldly approaching the Ukrainian future”, – it is stated in the message of the activists of the movement.

Earlier it was reported that partisans destroyed a group of occupiers in Kyrylivka.

And near the temporarily occupied city of Shchastya in the Luhansk region, an improvised explosive device was used the railway track was destroyed connection between the city of Luhansk and the village of Lantrativka


In the Russian Federation, the resistance movement – GUR – became active