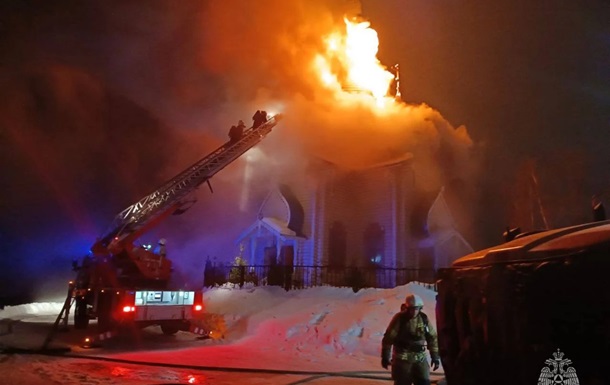 Photo: Ministry of Emergencies of the Russian Federation

Fire at Theodore Church in Kirov

The fire broke out in the Church of the Feodorov Icon of the Mother of God in Kirov. Ukrainian publics write that this is “heavenly punishment”.

In the Russian Federation, the Theodore Church in the city of Kirov caught fire. About this informs Federal Press.

“Today at 01:38, information was received about a fire in the Church of the Theodore Icon of the Mother of God at Naberezhnaya Green, 7A. There were no casualties or injuries,” the agency quotes the press service of the rescuers.

According to the Ministry of Emergency Situations, the area of ​​the fire was 50 square meters. The flames quickly engulfed the wooden roof of the building. 35 firefighters and 12 pieces of equipment were involved in extinguishing the fire, the fire was extinguished around 6:00.

Theodore Church was built in Kirov in 2007. Previously, there was a church dedicated to the same icon at the beginning of the 20th century, but it was destroyed in 1962.

Ukrainian publics write that this is “heavenly punishment”.

“The Feodorovskaya Church, where Gundyaev’s sectarians baptized the Rashists before their march to war against Ukraine, is on fire in the Russian city of Kirov”, – says the report of TG channel Ukraine 365.

Earlier it was reported about an explosion at a metallurgical plant near Moscow.