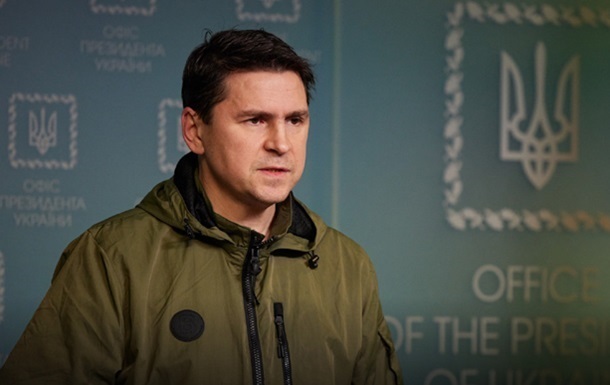 Mykhailo Podolyak, adviser to the head of the Office of the President

The adviser to the head of the OP noted that reserves have already been created in Ukraine through the system of territorial defense.

Mykhailo Podolyak, adviser to the head of the President’s Office, said that Ukraine is taking a reasonable approach to mobilization issues and is not going to call up additional people to the front. The purpose of the Russian fake referendums is to gain cannon fodder in the temporarily captured territories. He said this in an interview with the program Tagesschau German TV channel ARD.

According to him, the negative consequence will still be that men mobilize in these territories.

The adviser to the head of the OP stated that, unlike Russia, Ukraine is a pragmatic country that “looks at the mathematics of war”, and therefore knows exactly where how many people should be. Training and morale are also taken into account.

“We have already created reserves through the territorial defense system and will actively use these reserves. We should not announce additional mobilization today. We have everything, and we are ready for more Russian troops,” Podolyak emphasized.

He also noted that many people do not understand what form of war is being waged in Ukraine today.

“We don’t have so many casualties among the military, compared to the Russian Federation, which doesn’t care how many of its people die, ‘because, unlike Russia, we fight more creatively.'” Russia directs 90% of its military power to attacks on civilian cities , its strikes do not affect the military as much as civilian infrastructure, critical infrastructure and the civilian population. To date, more than 1,200 settlements have been completely destroyed and removed from the map,” said the adviser to the head of the OP.

According to him, the offensive of the Armed Forces has not stopped and soon it will be possible to learn about positive news from the front.

As Podolyak emphasized, for an intensive breakthrough of the defense line of the Russian army, the next step will be the recapture of territories and the destruction of the armed forces of the Russian Federation, and for this, a certain amount of armored vehicles is needed, in particular, Western-style tanks, such as the Leopard 2.

He called on Germany to provide such modern tanks to Ukraine.

The adviser to the head of the OP also commented on Berlin’s rationale for not providing tanks due to fears of an “escalation” of the war.

“There is no escalation. There is Ukraine, which has the right to defend its territory. We want to restore peace, which Russia has repeatedly violated, violated international law in recent years. This requires support with conventional weapons,” Podolyak said.