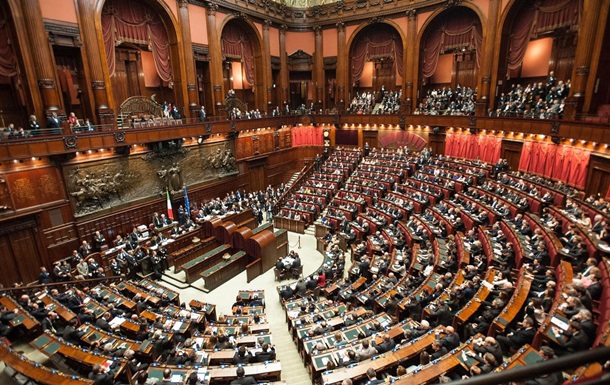 After the Russian invasion of Ukraine, the administration of former Prime Minister Mario Draghi introduced measures that made it possible to provide weapons to Kyiv without obtaining permission from each of the parties in the parliament.

Italy’s ruling right-wing parties have withdrawn an amendment that would have allowed the government to continue providing weapons to Ukraine in 2023. He writes about it on Tuesday, November 29 Reuters with reference to a source in the Italian Parliament.

Before that, the opposition called for the adoption of a separate decree on this issue.

After Russia’s invasion of Ukraine, the administration of former Prime Minister Mario Draghi introduced measures that made it possible to send weapons to Kyiv without the permission of the parliament for each party.

That arrangement expires at the end of the year, and the coalition backing Prime Minister Georgia Maloney initially sought to extend it until December 31, 2023, by amending a government order.

However, the main opposition group – the center-left Democratic Party – complained that the decree was not directly related to Ukraine, and accused the government of violating parliamentary rules.

In response, Parliamentary Affairs Minister Luca Kiriani said the government would consider extending the decision by means of a separate decree, while securing approval as soon as possible.

Support for Ukraine has been a contentious issue in the ruling coalition, which includes Meloni’s Brothers of Italy, Matteo Salvini’s League and Silvio Berlusconi’s Forza Italia.

Maloney is a staunch supporter of Ukraine, while her allies Salvini and Berlusconi have been ambivalent because of their ties to Russia and President Vladimir Putin.

Let’s add that the Prime Minister of Italy, Giorgia Maloni supported Ukraine and NATO partners in the fight against Russian aggression, and noted that it is Ukrainians who should decide how the war should be settled.