Kyiv Mayor Vitaly Klitschko met at the capital city hall with a group of senior advisers to the US Congress, headed by Herman Pirchner – president of the American Council on Foreign Policy, influential Republican strategist and author of the book “After Putin”.

During meetings Klitschko called for increasing military support for Ukraine and speeding up the pace of arms deliveries, reports said Censor. NO. 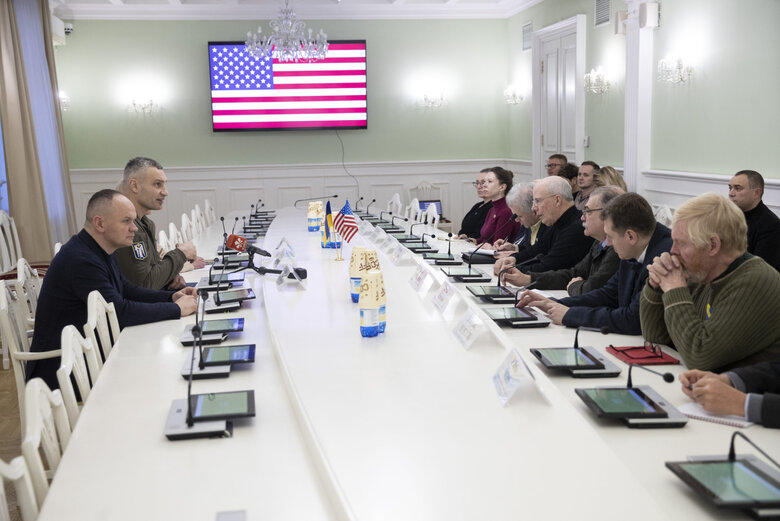 “We must not give Putin the opportunity to rest, regroup and strike again. That is why we call on our friends to understand the importance of strengthening support for Ukraine right now. This concerns an increase in supplies of modern weapons, volumes of economic and financial aid, and even stricter sanctions against Russia. Ukrainians surprised the world with his heroism. But we need weapons to win!” – emphasized Klitschko.

He emphasized that Putin’s goal has not changed, the Kremlin horde wants to destroy the Ukrainian state and is purposefully carrying out the genocide of Ukrainians. But Ukraine is fighting not only for its freedom, independence and democratic choice. The future of Europe is being decided on the battlefields of Ukraine. Therefore, only joint victory can ensure stability, peace and well-being of the European continent and the world as a whole.

“Our struggle is also a contribution to the security of the United States. I want to emphasize once again: we are sincerely grateful to the United States and our other Western friends for the practical support of the Ukrainian people in the war against the Russian aggressor. We are aware that this support requires significant efforts from our partners. However, one must understand that the fight against Russian barbarians will require additional efforts from both Ukraine and its allies,” Klitschko emphasized.

Also read: 140 million euros for heat for Kyiv: Klitschko discussed aid to the capital with the leaders of the EBRD

The American delegation, in particular, was interested in how Vitaliy Klitschko sees the recovery of Ukraine after the end of the war, in which areas at the municipal level the transformation needs to be continued. They also touched on the issues of the current internal situation in Ukraine and the necessary support of our state.

Senior advisers are representatives of the “brain center” of the US Congress and influence the formation of US policy towards Ukraine. Therefore, this visit on the eve of the start of preparation of the US budget for 2024 is very important. Its importance is also due to changes in the composition of the US Congress. After all, in the conditions of ongoing Russian aggression, it is important to maintain the bipartisan support of Ukraine by American partners.