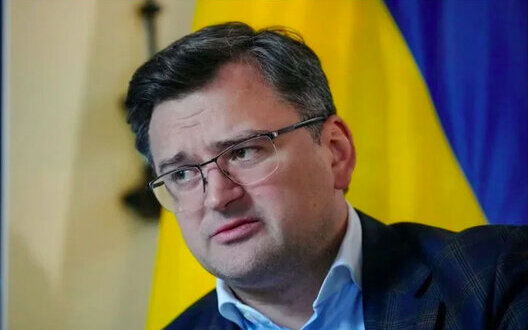 Russian Foreign Minister Sergey Lavrov and his delegation once again “distinguished themselves” during a high-level meeting, namely at the UN Security Council meeting held in New York (USA) on September 22. The diplomat of the terrorist state was an hour and a half late for the meeting and left immediately after his speech.

As informs Censor. NOwith reference to Observer, the head of the Foreign Ministry of Ukraine, Dmytro Kuleba, drew attention to this fact, who emphasized in his speech that Lavrov “fled as skillfully as the soldiers of the Russian Federation from the battlefield”, hinting at the defeat of the aggressor in the Kharkiv region.

He noted that the speech of the Russian diplomat was traditionally saturated with propaganda slogans, clichés and unfounded accusations against Ukraine.

Read on “Censor.NET”: We cannot and will not allow Putin to go unpunished, – Blinken

It should be noted that in his speech, Lavrov allowed himself statements that are unacceptable on the part of representatives of diplomacy at the highest level, in particular, he insulted the President of Ukraine, Volodymyr Zelenskyi. In addition, he once again accused the “Kyiv regime” of “arbitrariness”, “crimes” and “Nazism” and again complained that the USA “covers up all the crimes” of Ukraine.

“The only thing that deserves a reaction in today’s Russian speech, from the whole stream of lies, is the unacceptable jargon used by the Russian representative in relation to the president of Ukraine… And I also noticed that Russian diplomats are running away as skillfully as Russian soldiers,” he noted. Ukrainian minister.

Read on “Censor.NET”: The collection of signatures for the petition to exclude Russia from the UN continues