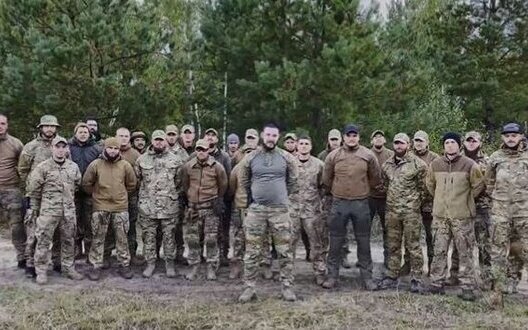 Units of the Azov SSO from different cities of Ukraine congratulated their comrades on their release from Russian captivity.

As informs Censor. NOit is said in telegram of SSO Azov.

The message states: “The commanders of the Azov units congratulate the return of their comrades from the Azov regiment!

Addresses to the freed Azov citizens were written by the commander of the 2nd battalion and the soldiers of the AZOV Kyiv SSO, the commanders of the 98th battalion of the Dnipro “Azov” military training center and the AZOV Kharkiv SSO.

The freedom of the heroes of “Azovstal” is already one of our victories. We continue the fight for the release of the defenders of Mariupol until each of the steel warriors returns.”