Volodymyr Lisin is the richest person in the Russian Federation according to Forbes in 2022. At the same time, he has not yet been included in the sanctions lists of the USA, EU and Britain and is not under Ukrainian sanctions, so he can conduct business and travel to EU countries.

Journalists of the Radio Liberty project “schemes” established that the NLMK corporation of the richest oligarch of the Russian Federation, Volodymyr Lisin, supplied steel to enterprises developing Russian nuclear weapons since 2014, informs Censor. NO.

The main company of the group in Russia is PJSC NLMK. In it, Volodymyr Lisin is the chairman of the board of directors. 79% of NLMK shares belong to the Cypriot Fletcher Group Holdings Limited, in which Volodymyr Lisin is a director.

Read on “Censor.NET”: Russian oligarch Lisin called for an end to the war against Ukraine 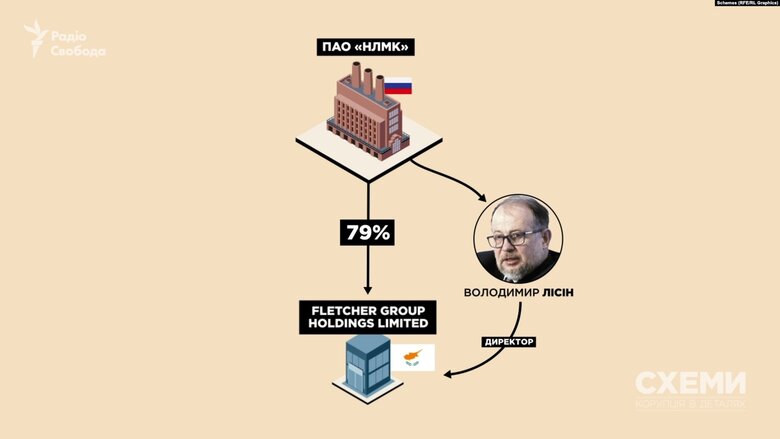 The journalists also discovered that the steel of the Lisin Corporation was systematically supplied to the state enterprises of the Russian Federation, which are directly engaged in the production of nuclear weapons – “Russian Federal Nuclear Center – All-Russian Research Institute of Technical Physics named after Academician Zababakhin” and the Federal State Enterprise “Production Association “North” . 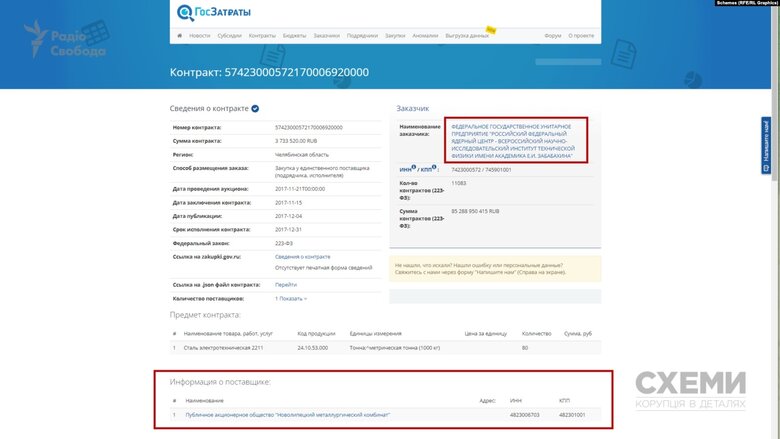 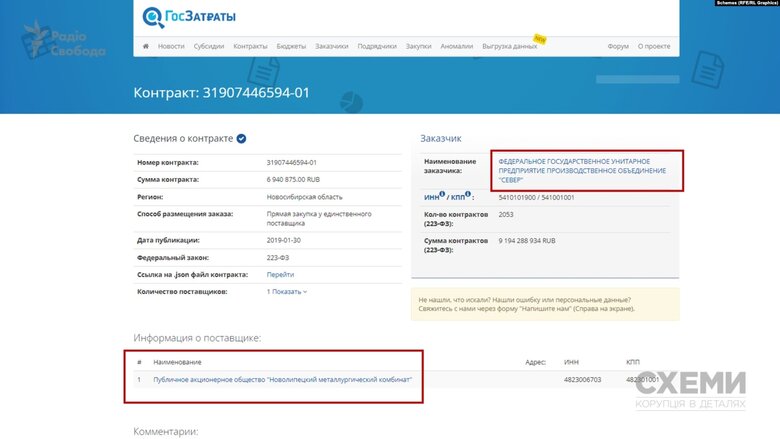 Also read: No sanctions have been imposed against the Russian oligarch Lisin, whose tankers supply oil products to the EU to bypass the ban, – mass media

“Severa’s main activity is the production of components for nuclear munitions. That is, this is exactly the weapon with which Vladimir Putin threatens the world now, in 2022. In conclusion. The European Union, Great Britain, Ukraine and the United States do not introduce sanctions against the Russian oligarch Lisin and “NLMK”. Even though “NLMK” supplied steel to enterprises producing nuclear weapons in the Russian Federation after 2014. In this way, the Western world “gives approval” to the activities of the Russian steel giant in both hemispheres of the Earth,” the investigation says.

Lisin’s steel empire has powerful subsidiaries in Europe and the United States. NLMK has enterprises in Denmark, Belgium and Italy. Thick steel sheets are produced here. There is another company producing thin steel sheets in Belgium. There are two such enterprises in France. There are three companies operating in the US. In Indiana and Pennsylvania, there – thin rolled steel. 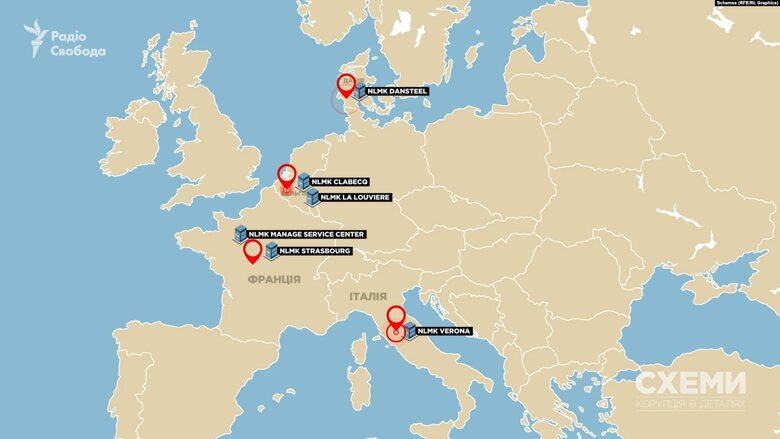 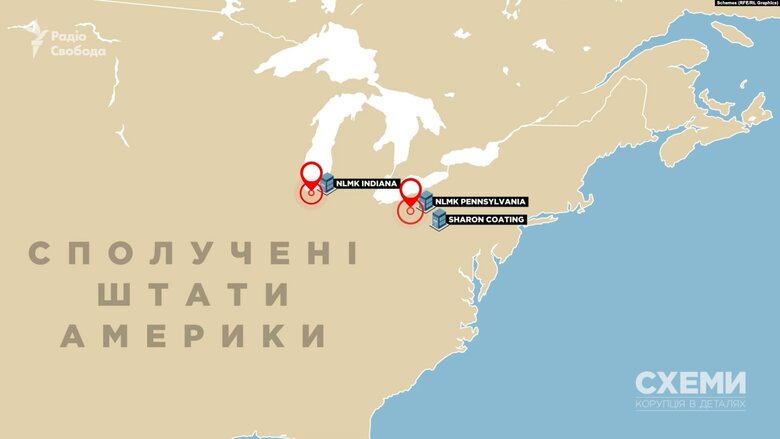 All these enterprises are directly related to the Russian “NLMK”. Moreover, they are also related to the fact that, according to the investigation of the German publication Wirtschaftswoche, they help circumvent the ban on the import of Russian steel into the EU.

NLMK did not respond to “Scheme’s” request.

Read also: The Kremlin has again threatened with nuclear weapons if Ukraine releases the occupied lands after the pseudo-referendums

Since the leader of the Russian Forbes rating remains outside the attention of the European Union, the United States and Ukraine, he has the right to travel the world unhindered and rest away from Novolypetsk. Journalists of the “Schemes” program found two villas of Volodymyr Lisin on the French Riviera. 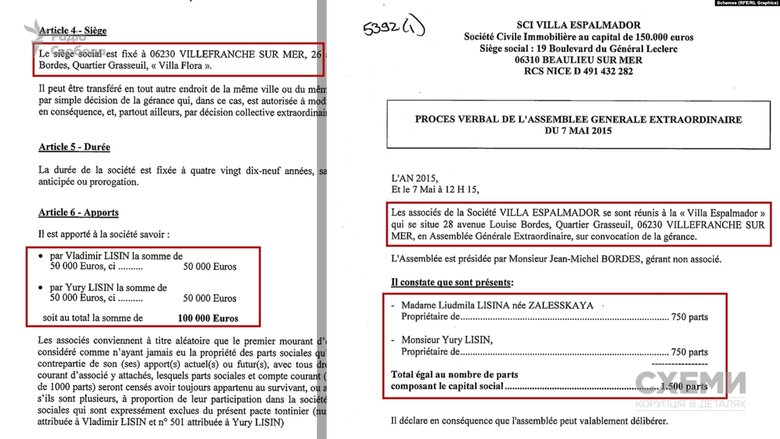 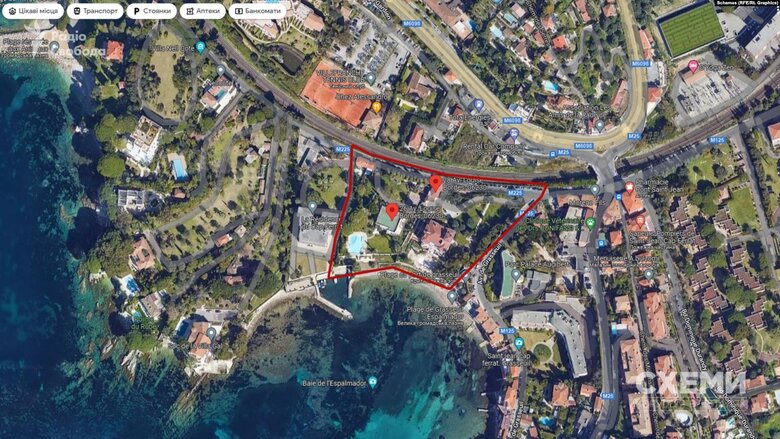 The journalists appealed to the authorized bodies of the EU, Britain, the USA and Ukraine with a request to explain why Volodymyr Lisin was not subject to sanctions restrictions. The British government said it does not comment on its possible future decisions on sanctions. The European Commission responded in a similar way – they do not publicly comment on the formation of the lists, because it is “a process that takes place under conditions of confidentiality.” The response from the US authority will be made public as soon as received.

Read: Duda about Putin’s nuclear blackmail: The US also has a nuclear button

It will be recalled that earlier journalists found out that Russian tankers bypass the ban on entering EU ports and transship oil at sea onto ships flying European flags. All 13 tankers involved in the scheme turned up owned by one Russian oligarch, Volodymyr Lisin.