Russians are ready to pay exorbitant amounts of money for one-way flowers, to break their arms and legs, to sit in prison, just to avoid being mobilized.

Russians started buying tickets for the nearest flights from Russia after the announcement of Vladimir Putin’s speech. And after announcement of partial mobilization it turned out that there are no more seats on direct flights to Armenia and Turkey. The cost of the remaining tickets has increased several times, it is reported Russian mass media.

“Demand for tickets in the first hours of the announcement of partial mobilization increased by 35%. If we talk about the average cost of air tickets to foreign destinations, on September 19 it was 19.6 thousand rubles, on September 20 it increased to 23.4 thousand rubles. “We don’t have many international flights now, and they have long since been raked in. Demand exceeds supply – tickets are flying like hotcakes. The situation has been affected by today’s news – people are buying what is left over from the previous days,” – tells Oleksandr Mishin, Managing Director of Biletix ticket search website. 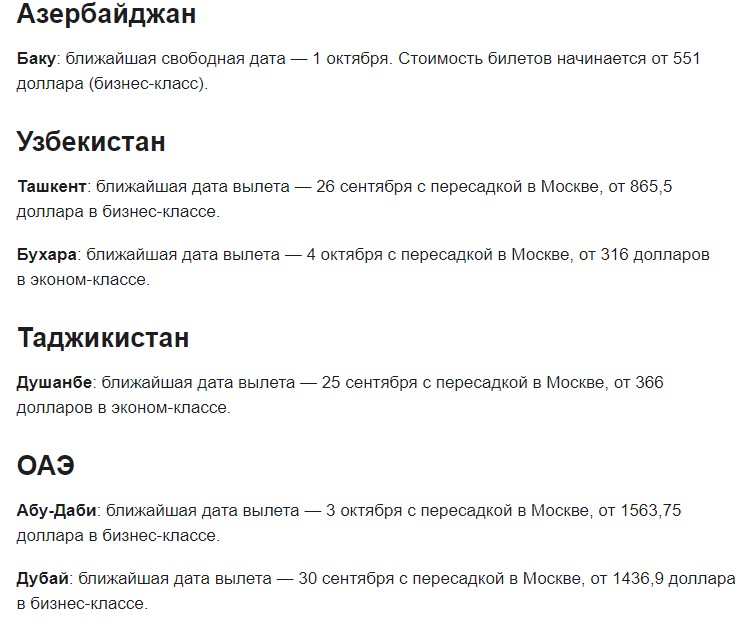 For example, Russians can now fly to the UAE for 598,000 rubles, and the nearest available flight is only on September 30. At the same time, even a week ago, tickets to Dubai and back cost 61,000 rubles. In order to fly to the Emirates faster, you should spend up to one million rubles for a one-way ticket.

The same applies to tickets for the Moscow-Belgrade flight. The cost of a one-way ticket for the nearest available flight in October reaches 130,000 rubles. The first free flight ticket Moscow – Belgrade is available for purchase with a departure no earlier than October 24. All other flights departing earlier than this date are full. 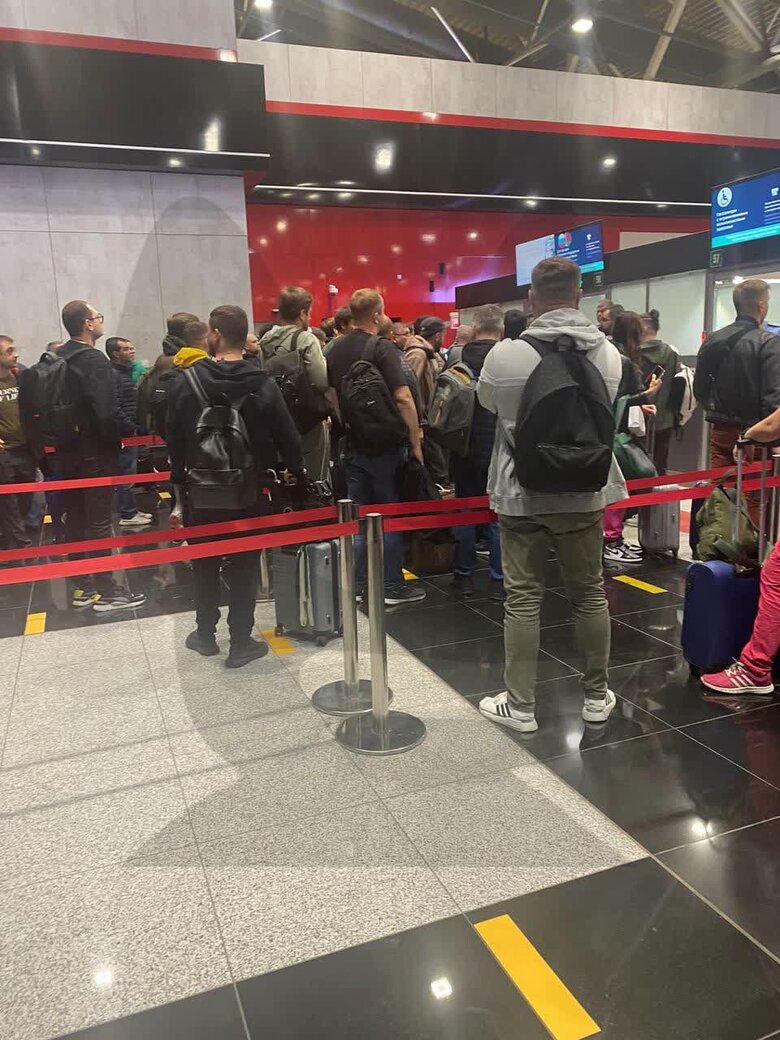 However, international airports “Vnukovo” and “Sheremetyevo” are crowded with men who want to leave the country as soon as possible. There they are asked if they are conscripts, and they also check the availability of a return ticket, they report Russian TV channels.

“Subscribers report additional checks of documents on trains. One of the raids took place this morning on train No. 138 from Moscow to Orenburg. It began in the morning in the Syzran district. The men’s passports are checked, and they are also interested in where they are going,” the message reads.

Read also on “Censor.NET”: The classified clause of the decree on mobilization in Russia allows to call up 1 million Russians, – Russian mass media

At practically all land borders, with those countries that still allow Russians, there are multi-kilometer traffic jams. According to rosZMIwillingly spend many hours in queues.

On the morning of September 23, the traffic jam on the border in North Ossetia stretched to 15 kilometers. At the same time, according to eyewitnesses, the police blocked the access roads from Vladikavkaz, allowing only transport from the local region. 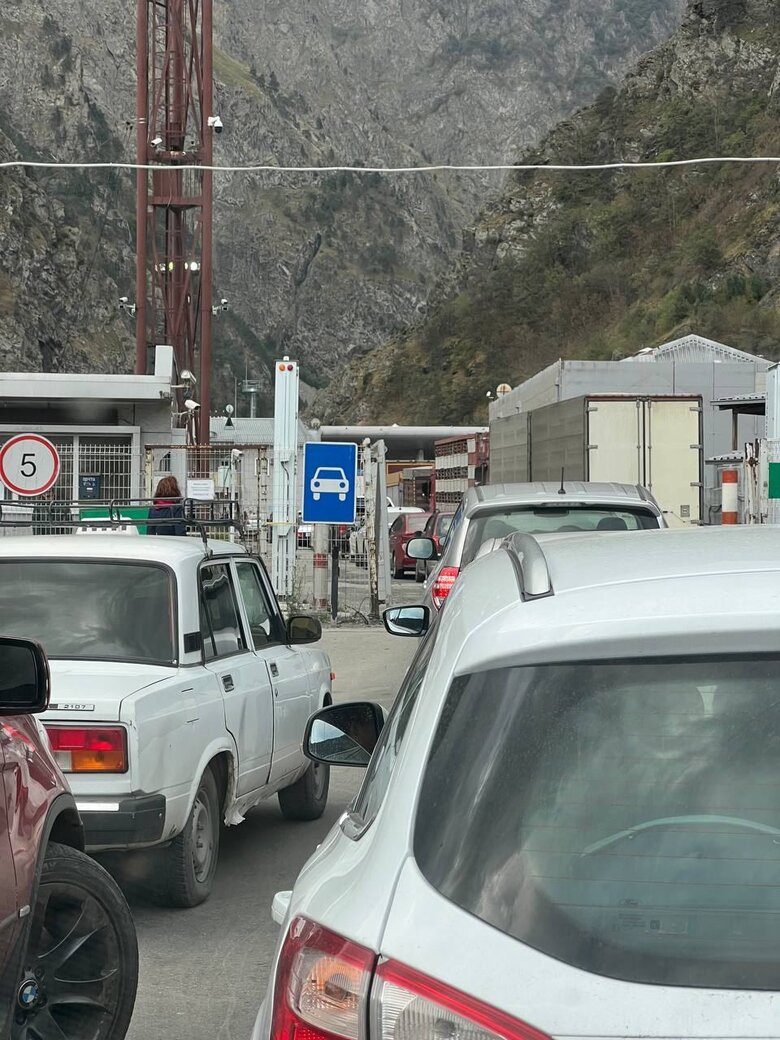 The border can also be crossed on motorcycles and bicycles, some managed to do it on a scooter. Eyewitnesses claim that “99.9% of those who enter” pass from both sides. On average, crossing the border now takes 36 hours.

On September 22, local publications reported about traffic jams on the border with Kazakhstan in the Chelyabinsk region. The next day, the border service of the National Security Committee of Kazakhstan announced that there was an accumulation of cars at four checkpoints, and the situation was under special control of the local authorities.

Also, on September 22, local telegram channels reported on the traffic jam at the border in Buryatia. The Ministry of Foreign Affairs of Mongolia and the Main Directorate of Border Guarding deny reports of queues and claim that the Kyakhta-Altanbulag checkpoint is operating normally.

A kilometer-long traffic jam appeared on the evening of September 21 at the border with Finland. The next day, the border service of Finland announced that 4,824 Russian citizens had arrived in the country through the eastern border during the day. Until September 23, queues remain at the checkpoint in Svitogorsk, according to the participants of the “Finland for the Weekend” chat.

On Russian job aggregators fictitious positions with armor from mobilization appeared. For money, they offer to become a guard of the objects of the fuel and energy complex of the FSUP “Okhorona Rosgvardiya” and, as it were, to get armor. 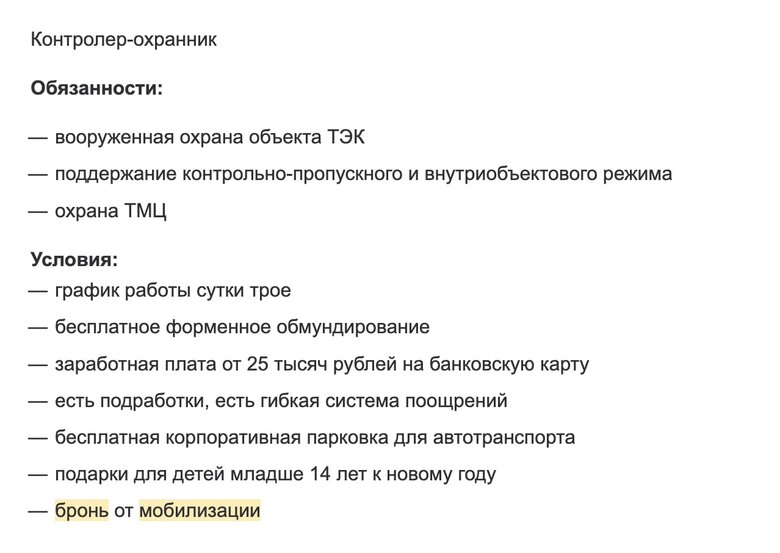 However, it is not known whether it is really possible to “deflect from mobilization” in this way. After all, announcements have already appeared in Moscow offering help in avoiding mobilization. They promise to solve the problem as soon as possible. However, as it turned out, the phone in the ad belongs to the military commissariat of one of the districts of Moscow.

In recent days, the number of requests “how to avoid mobilization”, “how to get a deferment from the army” has increased sharply in the Russian Internet segment.

“I am ready to break a leg, an arm, sit in a pre-trial detention center and by no means go to this place. Hence the peace. But I understand very well that sooner or later you will not have any rights”, – reflects a resident of Kaliningrad in a conversation with the BBC.

Read also on “Censor.NET”: There are no reasons for the “hysterical reaction” of Russians to mobilization, – Peskov