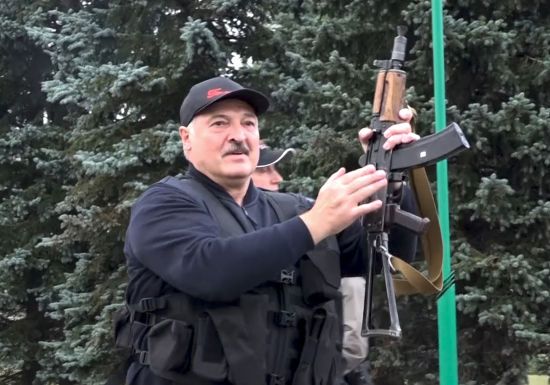 The self-proclaimed Belarusian president will not dare to disarm his own army for the sake of the Russians.

Part of the mobilized recruits of the Russian army may undergo training on the territory of Belarus, but the formation of combat-ready units there is unlikely.

He calls the presence of a certain contingent of Russian army recruits in Belarus possible, but considers their threat to Ukraine’s northern borders unrealistic.

“Simply sending 50-70 thousand to Belarus is possible, but how to arm them? Take weapons there? It will be problematic,” the expert noted.

According to Zhdanov, Russia will generally have big problems with the removal of military equipment and weapons from storage to supply them to military units, and it is not worth hoping for the help of the Belarusian dictator.

“Lukashenko will not give any machine gun. He will not disarm his army, and he is already giving away his supplies. It is unlikely that there is enough left to arm 50-70 thousand people mobilized in the Russian Federation,” Zhdanov suggests.

The expert emphasized that Lukashenko will sit confidently in his presidential palace only as long as his army is armed and loyal to him.

“Having disarmed the army, he will be left without his main shield, which helps him maintain power,” he summarized.

We will remind, the Belarusian dictator Oleksandr Lukashenko declared that he does not plan to follow the Russian Federation in announcing mobilization in the country.