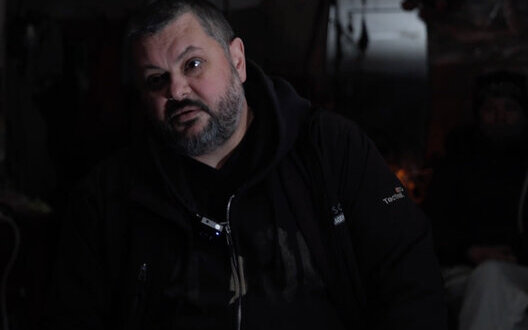 Oleksandr Dyakov was captured by the Russians on August 17. Until the city returned to the control of the Armed Forces, the man saw everything – torture, abuse, inhuman conditions of detention.

On videowhich was published by the project “Ukrainian Witness”a former prisoner of Russian torture camps in Kherson told about it, reports Censor. NO.

From the first days of the full-scale invasion, Oleksandr Dyakov and a group of his comrades passed on information about the Russian army to the Ukrainian military. The man did this for half a year – until he was detained by the occupiers. At first, Oleksandr was sent to a detention center. He spent 17 days there, and from there he was admitted to the hospital: during interrogations, he was beaten so badly that his leg was broken. There was a threat of infection, which could lead to a fatal outcome.

The man was operated on twice, but the injury still bothers him. “They were beaten with berets and batons. I feel disabled,” the former prisoner admits. He gives an interview to “Ukrainian Witness” during the shelling, being in a shelter, and leaves him limping.

The man managed to escape from the hospital when the evacuation of the Russians began. It was immediately before the offensive of the Armed Forces of Ukraine on Kherson. After his escape, he hid in the city for about two weeks.

In the interview, the former prisoner told everything: how they were tortured, how they were interrogated, in what conditions they were kept, how the prisoners were treated. Thus, during the first interrogation of the group, Oleksandr and his comrades were beaten with electric current. At first, they took turns, and then they were forced to beat each other. “We didn’t volunteer,” the man admits. “My friend knew that I had a sick heart, but he said – beat me.”

Oleksandr said that he still does not feel two fingers – most likely, these are the consequences of torture with electric current.

Currently, the husband is at home, in the Kherson region. He is happy that he is on the territory controlled by Ukraine. “Although there is currently no heating in the city and almost no water supply, now you understand what it means to live,” Oleksandr concluded.

Read: The bodies of seven civilians who were shot by the Russian military were exhumed in the Kherson region. PHOTO 18+