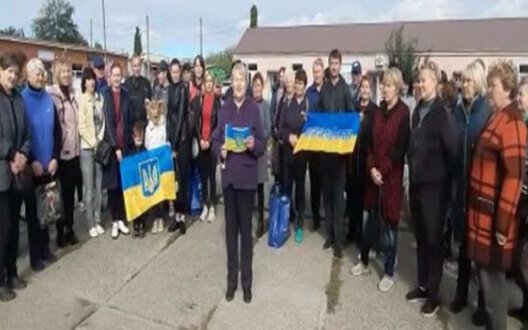 Citizens came out to the rally with Ukrainian flags and declared their protest against the actions of the Russian occupiers.

It is reported Censor. NO with a link to the Telegram channel “Operational Armed Forces“.

They urged the residents of the surrounding temporarily occupied territories of the Sniguriv OTG not to go to the so-called “referendums” organized by the Russian occupiers.

Read also on “Censor.NET”: Residents of Mariupol who remained in the city are urged not to participate in the pseudo-referendum