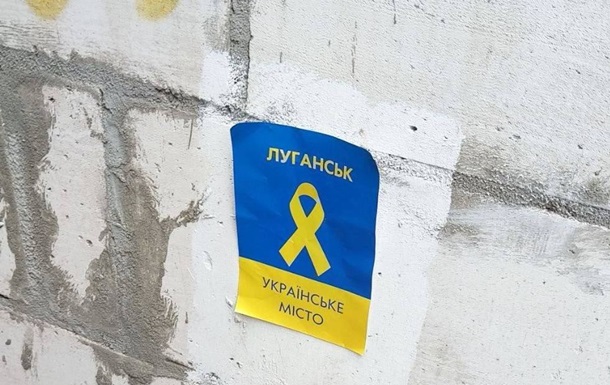 It is not only about the cities captured this year: the resistance movement is also growing in the territories occupied since 2014.

Participants of the resistance movement Yellow ribbon continue to remind the occupiers that they will soon be released from the captured cities, and the local residents – that liberation is near.

In particular, we are talking about the occupied districts of Zaporizhzhia and Kherson regions.

“We are waiting for the Armed Forces!” – the daily slogan of Ukrainians in Melitopol and Henichesk. Activists of the movement Yellow Ribbon continue to resist the racists, and the number of the movement is increasing every day! Residents of cities do not take Russian passports, do not take pensions from Russian workers, ignore the orders of the occupation authorities. They are Titans, they are unbreakable! – the members of the movement write about the residents of Henichesk and Melitopol.

The resistance movement is also growing in the territories occupied since 2014.

“Activists of the movement Yellow Ribbon in Luhansk and Donetsk continue to resist the temporary occupation authorities in their cities! Our cities will be free, and their inhabitants will be independent, we must fight for our independence!” – confident partisans.