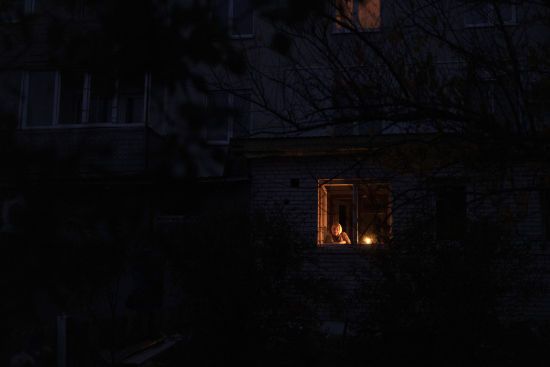 Specialists restored electricity supply in Donetsk region after the enemy attack, but emergency restrictions are in effect in the region.

Electricians, together with all rescue services, eliminated the consequences of strikes on energy facilities, which Russia inflicted on November 23. As of now, electricity supply has been restored in the Donetsk region. However, hostilities and emergency power outages introduced by NEC Ukrenergo continue.

During the night, with joint efforts, energy workers managed to restore the power grids that provide light to the Donetsk region after the Russian attack on November 23.

At the same time, according to the instructions of the system operator of NEC “Ukrenergo”, emergency power supply restrictions are currently applied in the Donetsk region. Therefore, some consumers are temporarily without electricity, in accordance with the needs of the power system. For these consumers, power supply will be restored after the stabilization of the situation in the power system, in accordance with the instructions of the dispatcher of “Ukrenergo”, as well as after the completion of repairs on the lines that were damaged by shelling.

The situation in the energy system after another terrorist missile attack by Russia is extremely difficult. Energy workers are doing their best around the clock to ensure that people get electricity as soon as possible.

“We ask all customers to be as responsible as possible with electricity consumption in order to help the power system,” the message reads.

On November 23, 2022, the Russian invaders struck another missile attack on the energy infrastructure of Ukraine. Russia launched missiles from the Volgodonsk region of the Rostov region and the Caspian Sea, as well as from two small missile boats from the Black Sea.

In total, the Russians launched about 70 Kh-101/Kh-555 Kalibr cruise missiles. Ukrainian air defense destroyed 51 missiles. Another 5 drones were eliminated in the south of the country.

As a result of the missile attack in Ukraine, the light went out in most regions, there were problems with water and mobile communication in some places. Nezlamnosti points were immediately deployed in the country.