The court returned almost a million dollars seized to the figurehead of the investigation into procurement fraud at the Ministry of Defense, ex-Deputy Minister of Defense Oleksandr Myronyuk, who currently works for the state-owned special exporter “Progres”.

This is stated in the investigation Ukrainian truthinforms Censor. NO.

Myronyuk held the position of Deputy Minister of Defense and supervised the procurement department until July 2021. Now he is one of the managers of the special arms exporter company “Progres”.

In the summer of 2022, during a search, 17 million 78 thousand hryvnias, 400 thousand 100 dollars and 100 thousand 380 euros were found in his possession. The money was recognized as physical evidence, but the court initially refused to arrest it, then agreed, and in the end the arrest was canceled and the money was returned to Myronyuk. 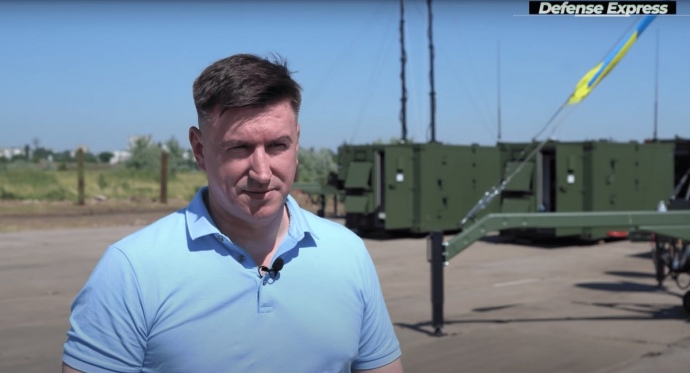 Read on “Censor.NET”: The profile committee of the Verkhovna Rada left Reznikov in the position of Minister of Defense

Myroniuk insists that the money is not his – they say he borrowed it in January 2022 from Eleonora Duminsh, an 86-year-old resident of Kharkiv. He provided the court with the relevant document certified by a notary public. 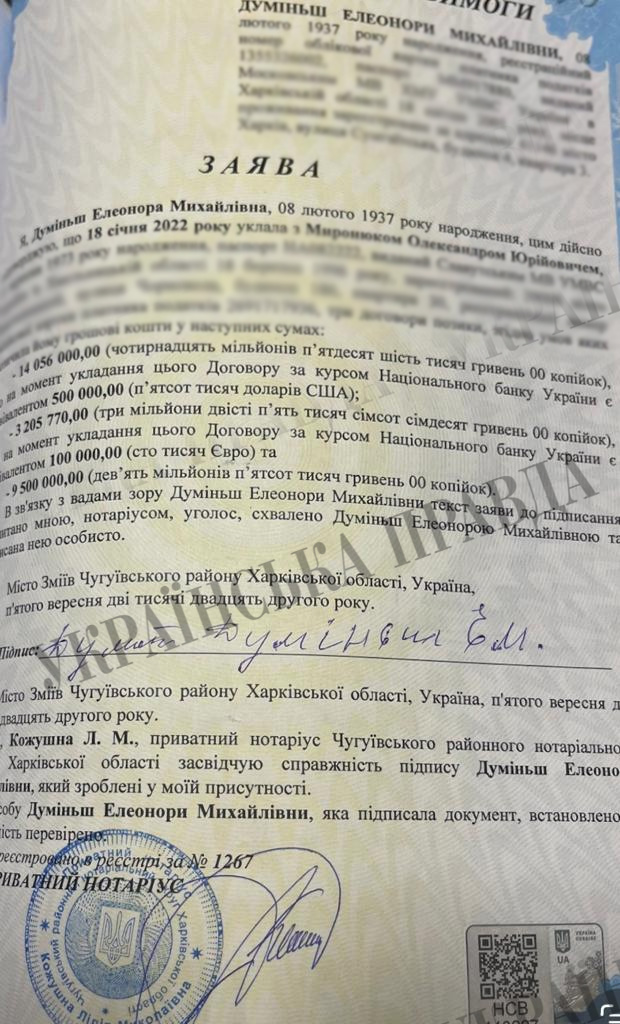 Duminsh is a relative of the founders of the Kharkiv Khado-holding, which, among other things, produces rifles. This holding has a long-standing working relationship with the state special exporter “Progres”, in which Myronyuk was employed before and after working for the Ministry of Defense.

According to UP journalists, Myronyuk may be connected with the swindlers Buryak and Kryvopust. In the spring of 2022, they signed a contract in Turkey for the supply of 30,000 body armor, and then forced the Turkish supplier to pay them $580,000 and disappeared.

In the spring of 2022, Dmytro Buryak and Kostyanty Kryvopust received a letter of trust from the Ministry of Defense for the supply of weapons. Such letters were then given to many businessmen, because Ukraine needed weapons and tried to organize their purchase through all available channels.

Buryak and Kryvopust agreed with the management of the Turkish company FarmTR Gida on the purchase of 30,000 class 4 bulletproof vests for a total amount of 16.655 million euros and signed the relevant contract. The Ministry of Defense made 100% of the advance payment.

Also read: Purchase prices differ even between the Ministry of Defense and the State Security Service: People’s Deputies should have more questions for Reznikov, – journalist Nikolov

After that, they once again came to the Turkish supplier with a demand to give them $580,000 – they said that they themselves would supply Ukraine with 1,000 bulletproof vests out of 30,000. The Turks agreed and entered into a corresponding contract with the Wallartis Solutions company, registered in Bahrain, indicated by Buryak and Kryvopust. It belongs half to the Ukrainian Mykhailo Andruhovych and the citizen of Bahrain.

This company never delivered the promised 1,000 body armor. It is not known whether the Turkish company imported something. Within two months, the Ministry of Defense filed a complaint with the police, where a criminal case was opened. Turkish businessmen agreed to return to Ukraine all 16.655 million euros for the contract and a fine of 143.7 thousand euros. This process is currently ongoing.

Also read: The Ministry of Defense destroyed the internal audit service, this laid the foundations of the “eggs in kilograms” crisis, – the Guild of Auditors. DOCUMENT

Ukrainian truth suggests that the fraudsters could have connections with a representative of the Ministry of Defense, and this representative could be Myronyuk.

“How did the fraudsters get into the top-secret and closed sphere of defense supplies anyway? How did they know about the contract, the flow of the deal, the money transfers? Could this have happened if someone inside the Ministry of Defense did not help them?” – journalists ask questions.