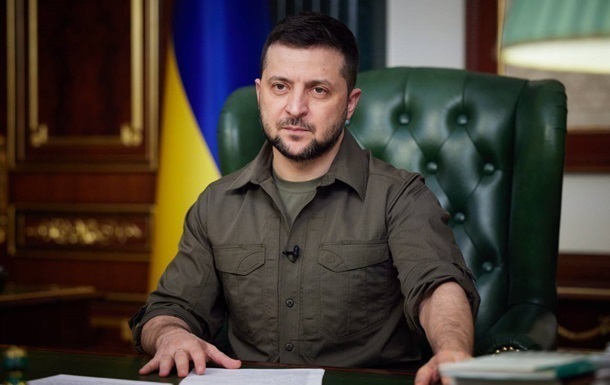 Zelensky held a stake meeting: they discussed the challenges of mobilization in the Russian Federation and “referendums”; The OP called on the mobilized Russians to surrender. Korespondent.net highlights the main events of yesterday.


The meeting participants considered the possible nature of the enemy’s actions during the nearest period. They also analyzed the state of providing the defense forces with weapons and ammunition. Special attention was paid to the steps of responding to new challenges. In particular, it is about the announcement by the aggressor country of mobilization and preparation of so-called “referendums” in the temporarily occupied territories of Ukraine.


Zelensky appealed to the Russians regarding mobilization

Zelensky noted that summonses for 300,000 people were printed and signed in advance, even before it appeared decision on mobilization. He emphasized that in fact the Russian government intends to send about a million people to the front. The head of Ukraine urged to resist this, and in the event of being sent to the front, to surrender to the Ukrainians. The occupiers are guaranteed their lives, and they also promise not to send them back to Russia.

In the course of investigations into the case of People’s Deputy Viktor Medvedchuk, SBU employees discovered a lot of information about Russian intelligence networks and their participants. The traitors were exposed and arrested. The agents were engaged in collecting information and passing it on to the Russian special services, as well as preparing the ground for quasi-republics.


The EU agreed to prepare new sanctions against Russia

EU foreign ministers agreed to entrust their teams to prepare the eighth package of sanctionswhich will target “significant sectors of the Russian economy” and will continue to target people responsible for the war of aggression in Ukraine.


Great Britain will support Ukraine and will increase military aid as needed. This was announced by Prime Minister Liz Truss. She noted that new British weapons are already arriving in Ukraine, including rockets for rocket launcher systems.

International Finance Corporation (IFC), which is part of the structure of the World Bank, allocated 30 million dollars for investments in Ukraine and Moldova. The funds will be sent through a target fund with a total volume of 200 million dollars, which is managed by the American-Ukrainian investment company Horizon Capital. This will be the first IFC investment in Ukraine since the beginning of the full-scale war.

District Court of The Hague set a date for announcing the verdict in the case of Malaysia Airlines flight MH17, which was shot down in the sky over Donbas on July 17, 2014. The accused in the case are three Russians and a Ukrainian – Ihor Girkin, Serhii Dubinsky, Oleg Pulatov and Leonid Kharchenko. The charge requires them to be imprisoned for life.


In Ukraine, a group was created for the tribunal over Russia

President Volodymyr Zelenskyy created a working group to work out the issue of creating a Special international tribunal regarding crimes of aggression against Ukraine. The working group is tasked with developing and submitting proposals for the creation of a Special International Tribunal.

Participants of the Collective Security Treaty Organization (CSTO) – Kazakhstan and Kyrgyzstan – spoke against the participation of its citizens in the war against Ukraine. A similar position is held by former CSTO member Uzbekistan.


In Russia, a new action against mobilization was announced

The Spring movement called on citizens The Russian Federation to launch new actions against mobilization. Rallies are scheduled for Saturday, September 24, at 5 p.m. across Russia. The movement also notes that the ultimate goal of the actions is “not protest for the sake of protest, but victory over the criminal Putin regime.” A protest against mobilization is in the “interests of millions of fellow citizens,” and “getting a fine or a few days of arrest is better than news of death,” Vesna participants note.


The US assessed the possibility of nuclear war

The American high command considers it realistic the possibility of a direct nuclear conflict, and this requires a revision of approaches to warfare. This was said by the head of the US Strategic Command, Admiral Charles Richard. He noted that every plan and capability of the US Department of Defense is based on the assumption that strategic deterrence, and in particular, nuclear deterrence, works. But if that assumption isn’t met, “nothing else in the department or the joint force will work as designed.”


The famous Kharkiv cat blogger Stepan has returned to Ukraine

Popular cat blogger Stepan returned to Ukraine. The fluffy volunteer from Kharkiv was abroad, and now he was brought to Lviv. The cat’s owner urged Ukrainians to help animals. Thanks to Stepan’s “volunteering”, she managed to collect 15 thousand dollars already. These funds were used to save animals from zoos in Kharkiv and Mykolaiv, and part of the money was also given to volunteer animal protection organizations.