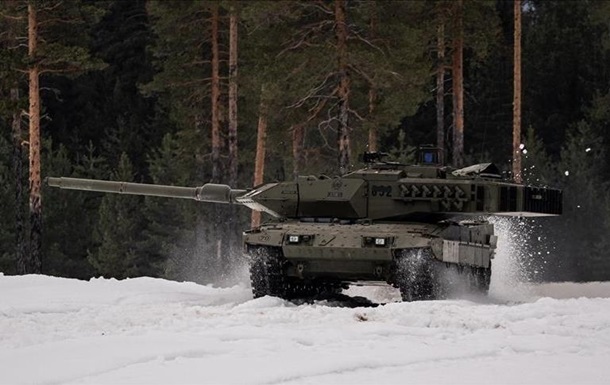 About 80 Leopard tanks will be delivered to Ukraine

The USA confirmed the transfer of Abrams tanks to Ukraine, and the Leopard in Germany; The Armed Forces confirmed the retreat from Soledar. There is no question of leaving Bakhmut. Korespondent.net highlights the main events of yesterday.


The USA confirmed the transfer of Abrams tanks to Ukraine, and Germany – Leopard

US President Joe Biden officially announced delivery of 31 M1 Abrams tanks and other equipment for the Armed Forces of Ukraine. And Chancellor Olaf of Germany Scholz promised to provide the company with 14 Leopard tanks 2 A6 from the stocks of the Bundeswehr. Other European partners will also transfer Leopard 2 tanks. Training of Ukrainian crews should begin quickly in Germany. The mass media have calculated what European countries are planning provide Ukraine with 80 Leopard tanks. German tanks will enter service with the Armed Forces by the end of March.


The Armed Forces confirmed the retreat from Soledar. There is no question of leaving Bakhmut

Ukrainian troops left the city of Soledar in Donetsk region and entrenched themselves in previously prepared positions. This was said by the spokesman of the Eastern Group of the Armed Forces of Ukraine. Meanwhile, the General Staff announced that there is no question of leaving Bakhmut. As long as Bakhmut has basements and is able to defend itself, the Ukrainian military will remain in this city.


The capacity deficit is growing – Ukrenergo

In Ukraine, electricity consumption is increasing due to the cold weather, because of this and the power deficit is growing, informed Ukrenergo. Electricity production at operating power plants cannot fully cover consumption. Over the past day, energy infrastructure in the frontline areas in the south and east was damaged due to artillery shelling. Repair work continues where the military has given permission.


Putin named a new goal of the war against Ukraine

The purpose of the so-called “special operation” against Ukraine is the protection of Russia. This was said by the president of the aggressor country of the Russian Federation, Vladimir Putin. According to his version, it is about protecting Russia from threats that are allegedly “trying to create on our historical territories adjacent to us.”


Zelensky added sanctions for the hierarchs of the UOC-MP

By his decree, President Volodymyr Zelenskyi implemented the decision of the National Security Council regarding the expansion of the list of sanctions, which are imposed on the vicar of the Kyiv-Pechersk Lavra Pavlo (Lebed), other hierarchs of the UOC MP and former People’s Deputy Vadym Novinskyi. The addendum clarifies that now a full sanctions package of 14 types of restrictions imposed for a period of five years is being introduced for Lebed, Novinsky, as well as other persons who were included in the sanctions list in December. Previously, only 12 types of restrictions were applied against these persons.