Lawyer and public figure Roman Maselko is a worthy candidate for appointment to the Supreme Council of Justice.

About it on your page facebook was written by the famous musician Oleksandr Polozhynskyi, who previously signed a contract for military service in the reserve of the Armed Forces of Ukraine, informs Censor. NO.

“We will win this war. But when it ends, our struggle will not stop. After all, we need to build a new country, a new Ukraine – and not only in form, but also in content. Among other things, it will be necessary to judge and punish enemies, criminals, traitors and collaborators. Whether the trial will be fair, whether the punishment will be appropriate, and whether the new impunity will not lead to new wars, treason or crimes,” he notes.

Polozhinsky reminds that an important vote will be held in the Verkhovna Rada next week. People’s deputies will elect several people who will decide the fate of all judges in Ukraine – who will remain in office and who will leave for bribes or arbitrary decisions. We are talking about positions in the High Council of Justice.

Also read: “Servants of the people” want to fail the vote on the appointment of lawyer Maselka as a member of the VRP, because they “need their own person to decide”, – volunteer Sinitsyn

“I am writing these words first of all with a call to people’s deputies to support the candidacy of Roman Maselka in this vote. Roman is a well-known lawyer and public figure who, during the Revolution of Dignity, left his job at the bank and began to defend Maidan residents against whom cases were arbitrarily opened. Roman is also well-known thanks to defending the rights of the victims in cases against the so-called judges of the Maidan – those who made decisions on the instructions of the then authorities,” adds Polozhynskyi.

“I know that among the People’s Deputies from the factions “Voice”, “European Solidarity”, “Servant of the People”, “Fatherland” there are many who profess values ​​and ideals that are close to many of us. Those values ​​and ideals that millions of Ukrainians have chosen on the Maidan, including those against whom the war is now going on. Therefore, your vote for Roman Maselka in the Supreme Council of Justice will be a logical, consistent and extremely important step. I am sure that with Roman’s help we will have fewer reasons to complain about the address of the judicial system, and more reasons to be satisfied with the decisions and results of the processes. Therefore, I am asking all decent deputies to support me, and I am also asking you to convince your colleagues to do the same,” Polozhynskyi summarizes. 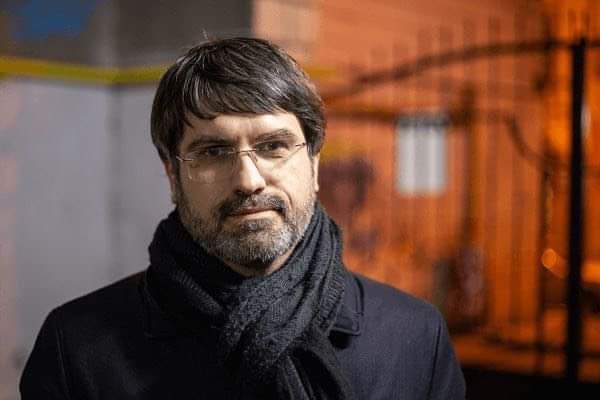 Also read: They plan to elect an honest member of the Supreme Council of Justice by September, – People’s Deputy Maslov