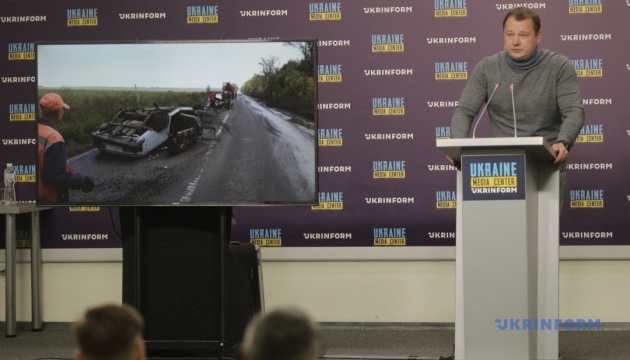 The amount of damage to the road infrastructure in the Kharkiv region as a result of Russian aggression is UAH 46 billion. Of them, 25 billion are in the territories de-occupied in September.

This was announced by the deputy head of the State Highway Agency, Andriy Ivko, during a briefing on “Restoration of road infrastructure damaged by the occupiers”, organized by the Media Center Ukraine – Ukrinform.

“Since September, we have been inspecting the territories liberated from the occupiers Kharkiv region along with explosives. “According to a preliminary estimate, the amount of damage caused by military aggression to the road infrastructure of state importance in the Kharkiv region amounts to 46 billion. Of them, 25 billion is in the territories de-occupied in September,” he said.

Ivko added that currently the service continues to restore the region from the consequences of hostilities. In particular, it works on routes that are extremely important for the fastest possible adjustment of logistics in the region.

Read also: Problems with medicine were found in all liberated communities Kharkiv region

“Our task is to quickly ensure the delivery of medicines and food to our citizens who were under occupation. First of all, we are creating corridors for rescuers and utility workers,” added the deputy head of Ukravtodor.

As reported by Ukrinform, the Armed Forces of Ukraine liberated about 8,500 square kilometers, 388 settlements and 150,000 people in the Kharkiv Region as part of a counteroffensive starting on September 6.

In the liberated Kharkiv region, road workers have already cleaned 198 km of roads of state importance, and also started the restoration of 3 bridges.